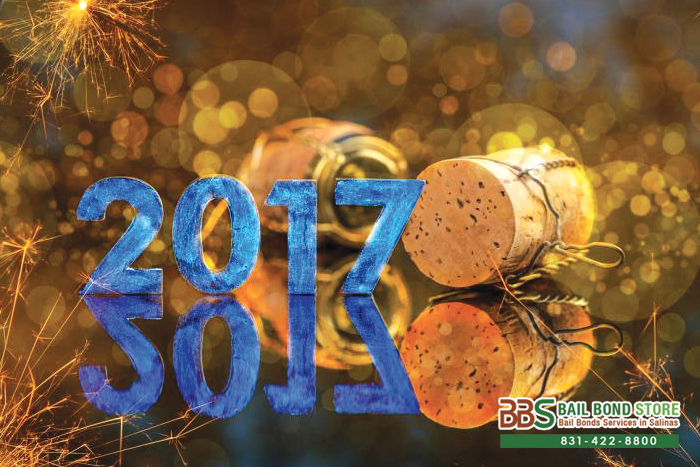 We are about to say goodbye to 2016, and welcome the New Year very soon. Reflecting on 2016, was it good? What were the low points of the year and how did you overcome those situations? How can you prevent them from occurring again in 2017? What do you need to take care of before 2017 arrives?

Do you still need to bail someone out of jail? You do not want any loved ones to miss the New Year celebrations. It is a time to start fresh and for the person waiting to post bail, they could definitely use a fresh start, surrounded by their support system.

So help your loved one post bail. Salinas Bail Bond Store can help you do that by getting you an affordable bail bond with a customized payment plan. We will help reunite your family and friends together just in time for New Years. You can reach Salinas Bail Bond Store online or by phone at 831-422-8800. Consultation with one of our helpful bail agents is always FREE, so call now and feel free to ask any bail bond questions you may have. Ask about bail bond discount and cheap bail bond we offer along with your other inquiries. We are always available and ready to assist you 24/7, no matter where you are in California. We are here to help and we will not let you down.