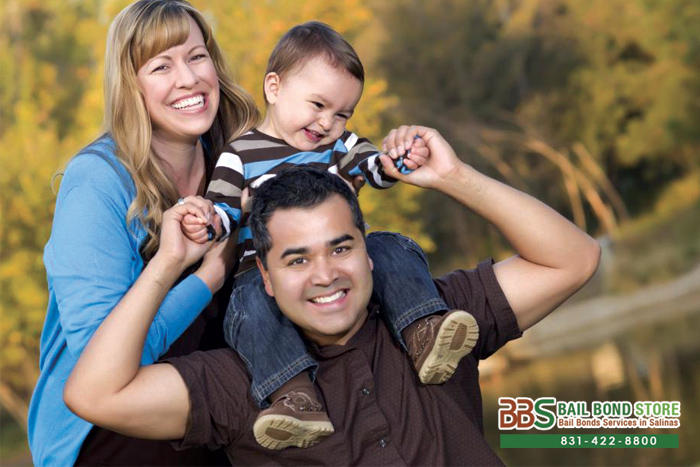 “I needed to get a bail bond for a family member. This was my first time going through a process like this so I called around. When I called Salinas Bail Bond Store they got everything taken care of quickly and helped answer all my questions. If you need any type of bail bonds in Salinas I would highly recommend this place.”

“We had a difficult weekend but I’m glad I called Salinas Bail Bond Store for help. I was able to bail out my husband quickly. They explained the full process and helped us understand whats next to come in his case. Thank you for your patience with answering all my questions. I’m glad they were able to set up an affordable payment plan for me that I would pay. Thank you”

“Great service and helpful, made the whole bail experience easy and smooth, will recommended this guys!”

“I was happy with the customer service and I would highly recommend these guys to anyone needing a bail bond.”

“We came to a party in Salinas this weekend, one thing led to another and we needed bail. This company seemed to provide good service so we called them. I just want to say the reviews elsewhere proved correct. The service was good. Very friendly people that know their line of business. Definately recommend them.”

“Was not familiar with the area, called around and found this company. Good customer service, they were very friendly. I was offered a discount because I’m an AARP member. Definitely worth checking out! Thanks guys!”

“I was out of town when my friend got arrested. I simply searched ‘ salinas bail bonds’ and they popped up in the first place. The procedure was really simple and fast. I was lucky that I found this Bail Bonds in Salinas are very professional and helpful company.”

“We referred one of our friend to Bail Bonds in Salinas because they offer flexible payment option and offer 24 hours support for Bail. It took an extra day to get the bail done but was well worth the savings. We will definitely refer anyone else who may need their service again.”

“Really Bail Bonds in Salinas supported a lot and gave me many legal advice that helped me to get out jail without any problem.I recommend them.”

“If your loved one or family is in jail then this is the place to go. My friend was in trouble and they assisted me. Thank you so much Bail Bonds in Salinas you were a great help.”

“What can I say, we got busted in Valencia and didn’t know what to do. Luckily my girlfriend got on Google and found Bail Bonds in Salinas. The owner actually answered the phone himself and it was like 1am! Thanks to Bail Bonds in Salinas, I didn’t have to sit in jail with all the REAL criminals.”

“Very quick, responsive and easy to deal with, I wouldn’t trust anyone else to bail me or a loved one out of jail.”

“I was out of town when my friend got arrested. I simply searched ‘bail bonds’ and they popped up in the first place. The procedure was really simple and fast. I was lucky that I found this company. Nice people.”

“Thank you for all the help during a very stressful time. Everyone was very professional and helpful. The agent was very good at explaining everything and answering all of my questions.”

“It has been absolutely awesome and the bondsman was totally kind, respectful and pleasant to work with. They were very helpful and understanding. It was a great experience that exceeded my expectations.”

“Never had to deal with a bail bondsman before so I didn’t know what to do. A friend referred me to Bail Bonds in Salinas. They were easy to deal with and took payments.”

“Got a call from my dumb brother that he was in Salinas jail. Found Bail Bonds in Salinas online and they took care of it all really quick. She was super nice and even offered a Union discount. Thanks!”

“I did not have to use this company’s service but met the owner and his family at a charity event. They are great people and I would recommend their services after meeting them.”

“I’m so appreciative with the service and professionalism that George gave us. George answered all my questions and help me with the bond process right away! Thank you George”

“I would highly recommend this bail bond store Salinas to anyone in need of bail. Delilah was very helpful in every step of the process since my initial contact with her. She was thorough. Very professional, and addressed all my questions and concerns!”

“Had a last minute issue and had to bail my husband out, called bail bond store salinas and Veronica was very helpful and informative. She explained everything to me and got my husband out rather quickly. Thanks Veronica!”