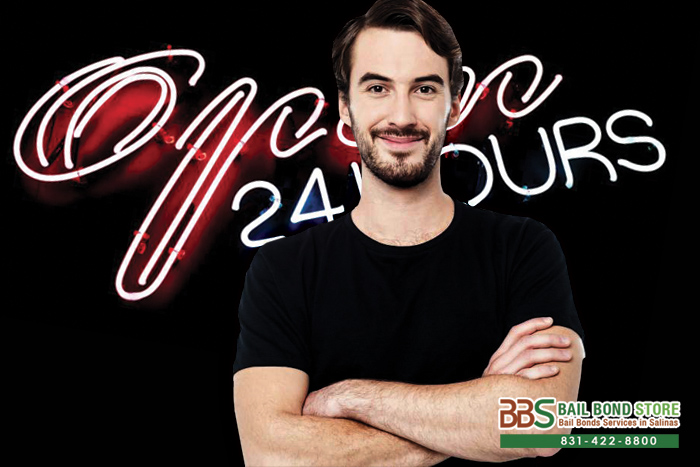 Salinas Bail Bond Store is a 24/7 bail bond company and that is a 100% fact. A person can be arrested at any given moment, at any hour of the day. Do the police ever shut down for a night? No. They work in shifts, right? If there is someone needed to be arrested at 3 am, they will arrest them.

Call Salinas Bail Bond Store anytime you need a bail bond. Do not worry if it is 3 am or 12 midnight. We have bail agents available at all hours of the day, ready to help you. We can be reached online or by phone at 831-422-8800. Consultation is FREE, so you have nothing to lose if you call just to inquire. Feel FREE to ask any questions you may have. Inquire about zero down bail bonds and bail bond discount we offer to see if you qualify. We are always available and ready to assist you. We will not let you down.