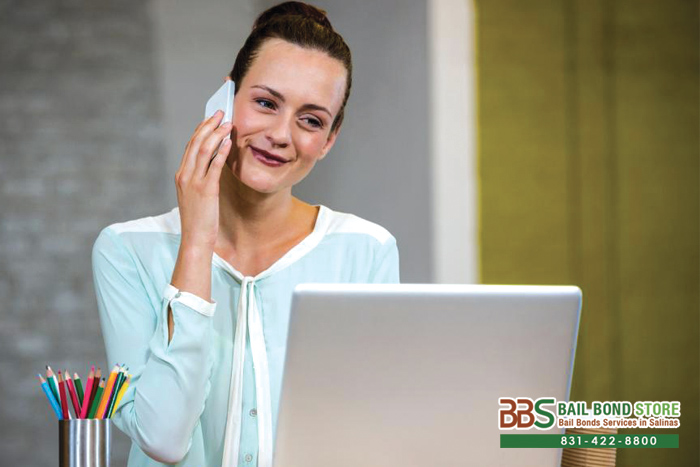 Salinas Bail Bond Store is a team of professionals, all of whom are dedicated to their job and to you 24/7. We are not going to make your loved one wait in jail.

Getting a bail bond for your loved one who has recently been arrested is not as hard as you might think. You can call Salinas Bail Bond Store at any time to speak with a bail agent and get paperwork taken care of immediately. Even if you are in need of a bail bond at 2:45am, you can rely on Salinas Bail Bond Store to take care of your needs. This company is a 24/7 company, and trust us, you would not be the first person to request a bail bond in the middle of the night.

Our company was founded 29 years ago in 1987, which gives us plenty of knowledge and experience to help our clients. We have encountered hundreds of different scenarios over the years, so we know how best to help you in your situation.

Salinas Bail Bond Store is a team of professionals, all of whom are dedicated to their job and to you. Our friendly bail agents will not be cranky if you are contacting them late at night. They will not be too tired to help you or take hours upon hours to assist you. They understand the urgency and they fully believe in our clients’ right to bail. With that in mind, they are not going to make your loved one wait in jail.

Salinas Bail Bond Store can be reached online or at 831-422-8800. Get in touch with a professional now. Our knowledgeable bail agents will answer any bail-related questions you may have. Feel free to ask them about our no down payment bail bonds. You can rest easy knowing that you will be treated with dignity and respect. With our help, bailing a loved one out of jail will be quick and easy.