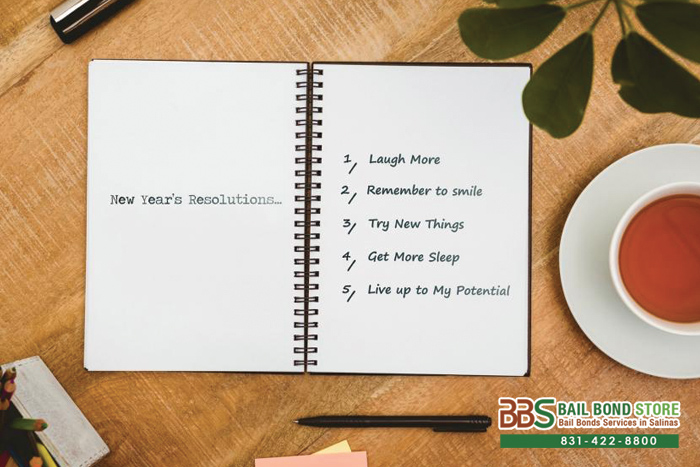 New Years is the best time of the year for everyone to begin the fresh start they have been waiting for. The phrase; “new year, new me” is definitely cliché, but nonetheless true to all. This is the time to reflect on our past year, and to set goals on how we can make the New Year better. It is a new chance for everyone, and everyone deserves to celebrate the new them, the right way.

Do not exclude your loved one who is in jail because of a small mistake they made. We are confident they have already started to really think about their actions, and the consequences they are facing. They know they have to rebuild trust and their reputation. Help them get started on this goal of theirs by bailing them out of jail with a bail bond from Salinas Bail Bond Store.

By helping them post bail, you are supporting their New Year’s resolution to be better than the person who was arrested. Everyone makes mistakes, but we can definitely forgive and forget those mistakes.

Get started on that bail bond paperwork now by speaking with a bail agent from Salinas Bail Bond Store online or at 831-422-8800. Consultation is FREE, so ask any questions you may have regarding bailing someone out. Inquire about our no down payment bail bonds and bail bond discount we offer as well. With Salinas Bail Bond Store, your loved one will be out of jail and ready to face the New Year in no time. We are open 24/7 (including holidays) for your convenience.