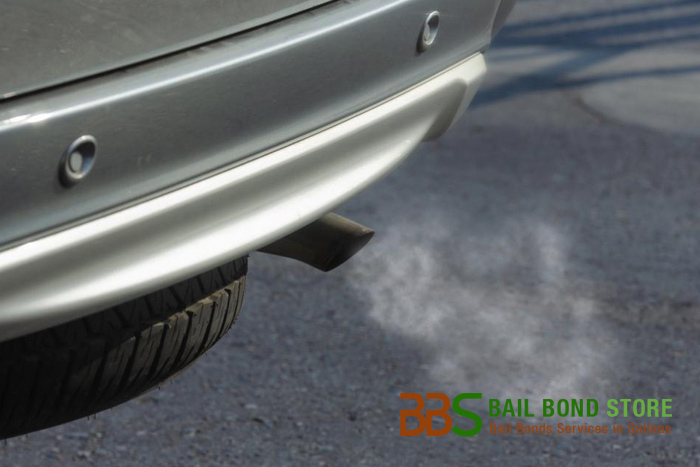 W
hen it comes to noisy cars people always have one of two opinions: they either think the deep rumble sounds awesome or they think it is the most obnoxious and irritating thing they’ve heard all day. Many feel that a car with either a broken or modified exhaust is a major nuisance and disruption. To simplify the matter, California’s lawmakers created exhaust noise laws. These set a very strict limit on the amount of noise your vehicle can legally make as you drive it down the road.

California Vehicle Code# 27150 requires that your vehicle have an adequate muffler. This doesn’t just mean that not only does your car has to have muffler, but that it also has to be in good working order. This must be in place when you bring your car in for its registration inspection. The same law states that your vehicle won’t pass its inspection if the muffler or exhaust system has been set up with any type of cutout or bypass.

California Vehicle Code # 27151 prohibits you from making modifications to your exhaust that either directly violate VC 27151 or that raise the decibel level of your vehicle above 88 dbA. If your vehicle weighs less than 6,000 pounds or is a motorcycle, it can’t make noise that exceeds 95 dbA. It’s worth noting that most contemporary vehicles, even the ones that have a nice throaty roar, are designed in such a way that the noise they make doesn’t exceed 75 dbA.

One of the challenges driver’s face is that the way the vehicle codes that deal with excessive noise are written, police officers don’t necessarily know how much noise your exhaust system makes. They can pull you over simply because your vehicle is nosier than the rest of the cars on the road. The current writing of the law allows them to “exercise their own judgment.” There’s a chance that they’ll issue an excessive noise ticket even if your car is within the legal noise limits.

If you’re issued an excessive noise ticket, you’ll have to take your vehicle to a mechanic and have the problem repaired (or removed if there’s an illegal modification.) The next step is going to the California Referee Center. After looking at both your ticket and your vehicle’s registration the Referee Center will test your exhaust system and determine if it meets the legal requirements. If everything is in order, they’ll issue a Certificate of Compliance which you’ll have to show the traffic court.

The tickets for illegal exhausts and excessive noise vary. For a first offense, the ticket is usually $25 with fees climbing to $193. There have been some instances where the overall cost of the illegal exhaust fines reaching $1,105.

If the police pull you over, it’s possible that they will notice other issues, such as unpaid parking tickets, bench warrants, parole violations, etc. All things considered, it’s in your best interest to keep your car quiet and not attract police attention