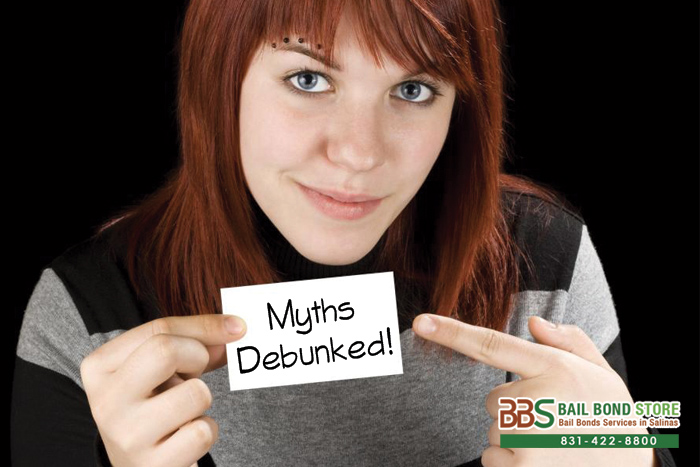 Anyone who is in need of a bail bond is most likely going to be frantic and stressed. In all likelihood, they will not know all the details about bail bonds or what to expect. Due to this lack of understanding about bail bonds, there are a bunch of myths out there that surround the industry.

MYTH: Bail agents are intimidating, wear long dark trench coats, and thick jewelry.
FACT: Bail agents do not dress like your stereotypical club bouncer. They dress like your everyday professional businessman or woman and are very friendly and helpful. They are normal people just like everyone else.

MYTH: Bail bonds are unaffordable.
FACT: Bail bonds are extremely affordable and carry flexible payment plans, customized for each client. Salinas Bail Bond Store is understanding and will always find a way to assist everyone who needs bail help.

Salinas Bail Bond Store is always willing to get a bail bond for those who are in need of one. We want to help protect peoples’ right to bail, and we promise to help you in any way we can. Call us today for a FREE consultation and get some of your bail bond questions answered. You can contact us online or by phone at 831-422-8800. Feel free to ask about no down payment bail bonds and bail bond discount we offer to see if you qualify. We are open 24/7 for your convenience. Call us at any time!