Do You Know How To Get Your Questions Answered? 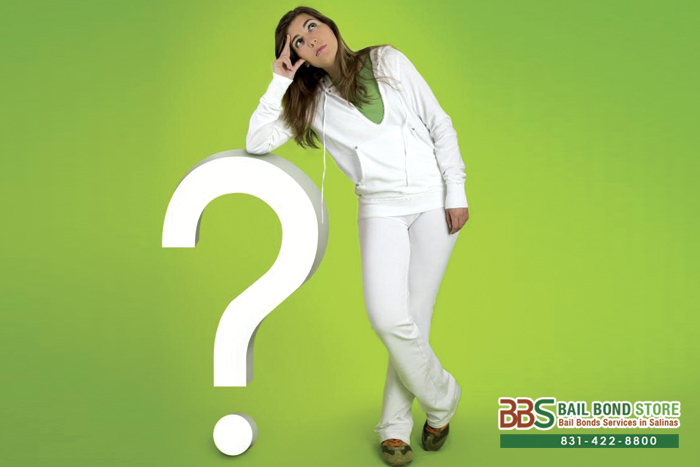 Everyone has questions about a lot of different things, and in this day and age, the internet proves to be invaluable. You can find the answers to so many different questions. However, there is a problem of credibility. How well can you trust what people put online? You never know if the person writing an article is an expert or just an enthusiastic individual.

With the internet, you need to learn how to judge whether or not you can trust certain articles, just like you learn which people around you can trust. That is why, when it comes to important matters, like bailing a loved one out of jail, you want to be sure that you are getting your information from a credible source. Sometimes, the best way to do that is to talk to an actual person.

At Salinas Bail Bond Store, we offer FREE consultations to help out our clients. All consultations with one of our professional bail agent are completely free of charge, so you can always get your bail-related questions answered. When you call or open up a chat box from our site, you can ask one of our bail bondsmen any questions you may have. You will get expert advice from someone who deals with bail on a daily basis.

Get your FREE consultation by contacting Salinas Bail Bond Store online or at 831-422-8800. Ask about zero down bail bonds and bail bond discount we offer to see if you qualify. We are open 24 hours a day, 7 days a week, so call us at any time!