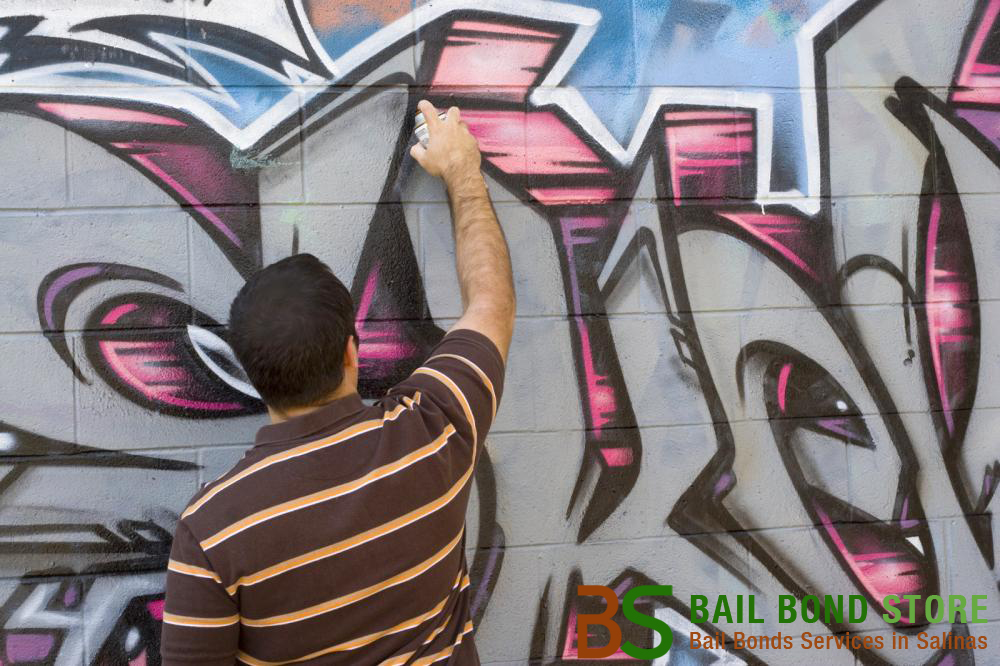 Tagging and graffiti are two things that most people have seen, especially if they live in an urban area. Pretty much every large city in the country is littered with graffiti and other signs of tagging. A lot of times, these random markings can make signs unreadable, and change the look of the city for the worse. That is why most states have laws against graffiti.

California is one such state. California Penal Code (PC) 594 covers all sorts of vandalism, from breaking something to marking it up with paint or markers. While the crimes of graffiti and vandalism may seem minor to some, they are a very big deal to others. This is especially true for anyone stuck having to clean up the mess.

PC 594 here in the state of California outlines every possible crime that could be considered vandalism and the punishments for them all. As far as the law is concerned, vandalism is considered to occur when someone maliciously defaces, damages, or destroys someone else’s property.

Vandalism can be any number of things, from

Basically, if someone messes with someone else’s stuff with the express intent of breaking or harming it, then they are guilty of vandalism. In fact, this can even be true if two people own something together, and one of them breaks the item. The other person could charge the first with vandalism in the state of California.

As far as the punishments for vandalism go, they are dependent on the amount of damage done, the person’s criminal history, if they have one, and what exactly the person vandalized. For instance, vandalizing a place of worship comes with steeper consequences than simply vandalizing someone’s home.

If the amount of damage done totals less than $400, then the vandalism is a misdemeanor charge. This means that the person faces:

If the cost of the damage is greater than $400 dollars, the prosecution can charge the crime as either a misdemeanor or as a felony. With misdemeanor vandalism charges in this case, a person faces:

If the cost of damages was over $400 dollars and the crime is being charged as a felony, then the person faces:

Consequences of Graffiti in California

Graffiti can be penalized differently in California if the damage done costs less than $250. California PC’s 640.5 and 640.6 only cover the act of graffiti. These offenses come with slightly less harsh consequences, and increase in severity with subsequent offenses.

The first time someone is charged with this crime, they face an infraction level offense:

The second time someone is charged with this crime, they face a misdemeanor level offense:

For a third, or any subsequent offense after that, a person will face a misdemeanor level offense:

Aside from the state having its own law against graffiti and vandalism as a whole, many cities have their own takes on ordinances regarding graffiti. Some cities have even prohibited minors, anyone under 18, from being in possession of graffiti tools such as cans of spray paint and permanent markers. As such parents may want to be careful with giving their children Sharpies. Some cities take that act very seriously, while others couldn’t care less.

Graffiti and vandalism are not fun to deal with, and they are not fun to look at either. That is why the state of California has laws against both vandalism and graffiti. Any person caught breaking those laws will face the consequences.

What do you think of California’s laws surrounding vandalism and graffiti? Are the consequences too steep, just right, or not harsh enough? Why is that?