Is It Legal to Drive With an Animal on Your Lap? 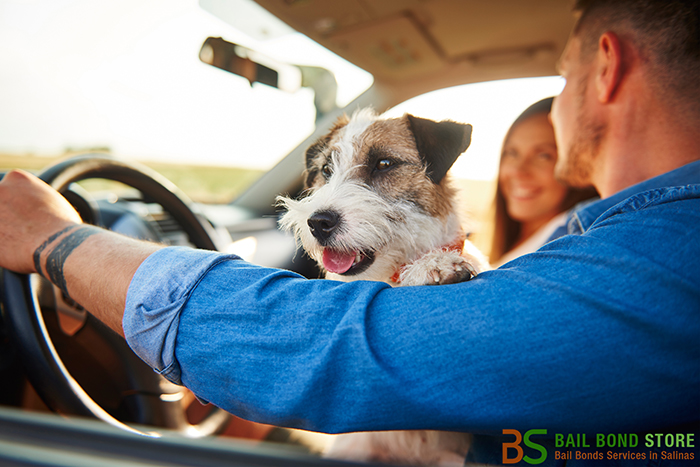 Pretty much every pet owner out there has a furry companion that they would do everything they can for. Some pet owners love their critters so much that they take them everywhere they go. This seems like a harmless and fun way for a person to spend time with their beloved companion, however it can be dangerous and even illegal in some states.

Laws from Across the Country

Across the nation, different states have different rules about how pets can be transported in cars. This can make driving through different states with a furry companion that much harder. Any driver looking to take their pet somewhere, especially on road trips, needs to be aware of these laws. If they aren’t, they could inadvertently end up in trouble with the law.

Some states, such as Hawaii and Arizona, have specific laws that make it illegal to drive with a pet in the person’s lap or in the driver’s immediate vicinity. Other states such as Maine and Connecticut can use their state’s distracted driving laws against drivers with pets on their lap.

The state of New Jersey takes things a step further. In this state, officers can stop any driver who improperly transports an animal, such as driving with the animal in their lap, and charge the person with animal cruelty. A person found guilty of this can face fines ranging from $250 to $1,000 dollars and can even face up to 6 months of jail time.

Vehicle Code (VC) 23117 states that no driver should transport an animal in the back of a vehicle in a space intended for any load unless the space is enclosed or has side and tail racks that are at least 46 inches high, has installed means of preventing the animal from getting out, or the animal is in a cage.

Why These Laws Exist

The important fact to remember is that these laws exist for safety reasons. Transporting the animal safely keeps not only the critter safe, but the driver as well. A pet owner wants to make sure that in the event of an accident, their companion stays safe. This means keeping it safe and secure in the vehicle.

On top of the pet’s safety, there is the driver’s safety to consider as well. Everyone knows how dangerous distracted driving can be. What people may not realize is just how many things can be considered distracted driving besides using cellphones. Having to deal with a pet, especially one that is on the driver’s lap, can be very distracting. If the driver becomes too engrossed in whatever their pet is doing in their car, they could cause an accident.

What do you think of all of these different takes on laws surrounding the transportation of animals? Which state has your favorite law and which one takes things too far? Does California need to update its own animal transportation and distracted driving laws? Let us know what you think in the comments down below.

Tags: can you drive with pets in the car, current california laws, is it legal to drive with a pet on your lap, learn about laws regarding pets in cars, what are california driving laws