Different Kinds Of Trespassing That Can Get You In Trouble 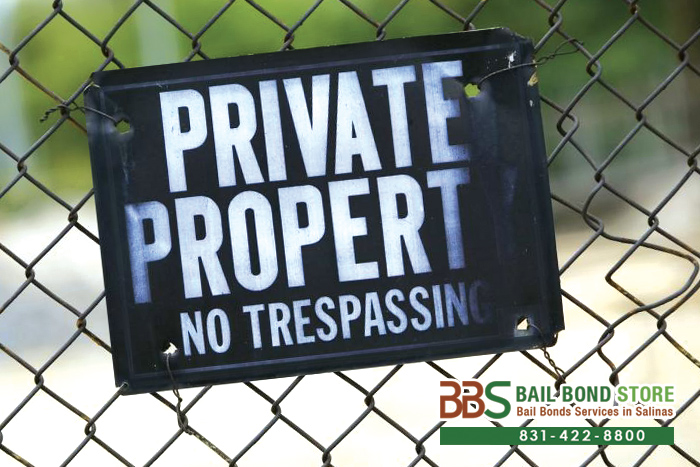 There is a reason for that “Do Not Enter” sign posted on the fence. Whether it is a protected natural habitat, a private property or a hazardous location, you should always obey the sign. Even if the area you are trying to reach consistently has visitors trespassing with little to no interruption from the police, does not make it illegal. Some places that come to mind are Sunken City in Southern California and the Stairway to Heaven in Hawaii. It is still illegal and you could be the lucky one to get into trouble.

In California, most trespass offenses are misdemeanors where penalties are up to 6 months in jail and a fine of up to $1,000. A small percentage of trespass offenses can be only infractions, where the defendant only pays a fine. However, a felony trespass, aggravated trespass, is when another person is threatened and/or injured in the process. In this case, the defendant would face at least a few years in jail.

At Salinas Bail Bond Store, we are no strangers to bailing people out of jail who are arrested for trespassing. Unfortunately, it is more common than you would think. We have success in bailing people out of jail, and we will have success with you and your loved one as well. If you need bail bond assistance, feel free to contact Salinas Bail Bond Store online or at 831-422-8800. Call us today and speak with one of our bail agents about our no collateral needed bail bonds. We are open and ready to assist you 24 hours a day, 7 days a week.