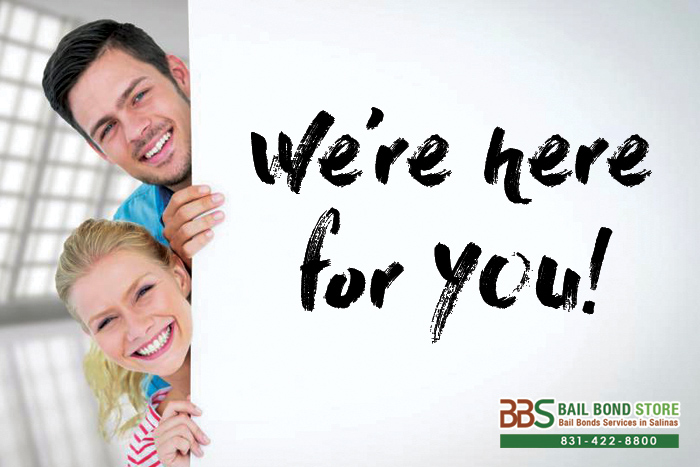 When it seems like all your family and friends will not support you through your toughest times because you let them down, you need to realize that is not true. It may seem like it at first, when all they do is channel their anger, disappointment, and frustration at you, but the storm will subside and their relief and support will show up.

Do not get discouraged. Given the rough situation, you have to expect at least a little bit of backlash from your loved ones. If you think about it, their anger is one way of showing that they care. You mean so much to your loved ones that when something goes wrong, they care, they are upset things did not go right. Maybe it was your fault, maybe it wasn’t. Regardless, it is your situation to handle now. Take the lead, your friends and family will be right behind you.

The support does not stop with loved ones. You have the entire Salinas Bail Bond Store team here to also help you pull through. We will help bail you out of jail, get home, and be with family and friends. So, if you think you are going to face this alone, don’t. You have a hardcore team of loved ones here for you. Call us your cheerleaders, no one can mess with us; we mean business. Do not hesitate to call us for bail bond help. We offer FREE consultation and we are open 24/7, so you can call us at any time. Speak to one of our friendly bail agents and do not be shy to ask about zero down bail bonds and bail bond discounts we offer. We are here for you!