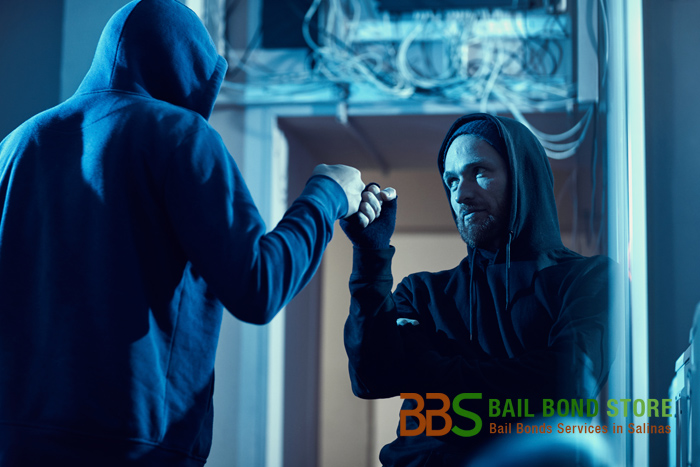 veryone knows that there are certain actions out there that they can do that will be considered a crime. A person can’t take someone else’s car, break into a house, or create fake money without getting into trouble with the law. However, there are some crimes out there that people aren’t aware of, but they are still just as illegal.

Something that many people may not be aware of is that it is actually illegal just to plan to commit a crime. Even if the crime is never committed, a person can get into trouble for conspiring to commit the crime in the first place.

Here in California, this crime is defined under Penal Code (PC) 182 as two or more people agreeing to commit a crime and one of those persons committing an act to further the crime. What this means is that if two people talk about robbing a store and then one of them buys ski masks to conceal their identities while robbing the store, they are guilty of criminal conspiracy.

This crime is interesting in that it does not require the people to actually commit the crime to be considered guilty. In the above example, the people are guilty of criminal conspiracy regardless of whether or not they actually rob the store. Even if they thought better of the idea and decided not to rob the store, they still actively conspired to do so.

It is important to note that a person cannot be guilty of this crime if they never actually intended to commit the crime. If they were just joking around, they are not guilty of criminal conspiracy.

The Penalties for Criminal Conspiracy

Criminal conspiracy is what is known as a wobbler offense here in California. This means that it can either be charged as a misdemeanor or as a felony. The penalties that a person faces for committing this crime are dependent on what crime the person conspired to commit. If a person is conspiring to murder someone, then they will face the same penalties as if they had committed the murder.

Basically, if a person conspires to commit a felony, they will face felony charges.

In addition to facing the actual penalties for conspiring to commit a crime, anyone accused of criminal conspiracy can face charges for the conspiracy and for the actual act if they go through with it. This can drastically increase the jail time and fines that a person will face.

The Difference between a Joke and the Real Deal

Sometimes people joke around about committing crimes like but never intend to actually commit those crimes. Everyone has a good laugh and then moves on with their lives. In these instances, no one is guilty of criminal conspiracy because they never actually intended to commit the crime.

When people are serious about wanting to commit a crime and begin planning it, going so far as to begin prepping for said crime, then they are guilty of criminal conspiracy. That is when they can get into real trouble with the law.