What Fireworks Are And Are Not Legal In California 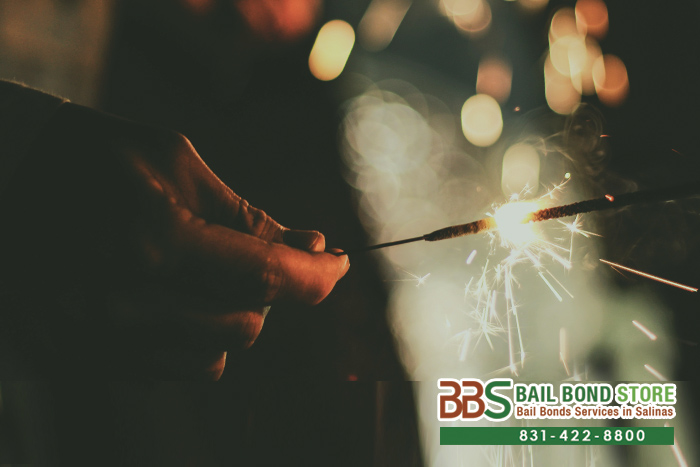 Every year, there are incidents where fireworks are improperly handled and some people end up in the hospital with a serious injury or worse, someone dies. These are reminders as to why dangerous fireworks are illegal for Californians for their own celebrations. Only professionals with a license are allowed to set them off. And with July 4th coming up, we want to remind you of what you can and cannot do when it comes to fireworks.

Dangerous Fireworks include skyrockets, firecrackers, sparklers more than 10 inches in length, torpedoes, and more. These can only be handled by the official, licensed companies who put on the major fireworks displays for the cities. These are not to be used by private citizens.

Safe and Sane Fireworks include a few fireworks where it is okay for private citizens to use with friends and families. These include small sparklers and do not require a permit to use, just common safety. They may be sold in California, legally, only from June 28th to July 6th of each year. Sellers need a license to sell, and cannot sell to anyone under the age of 16.

It is a misdemeanor to violate any of California’s fireworks laws. Violators can be fined and put into jail for a year. If they are caught with more than 5,000 pounds of dangerous fireworks, they can face more years in prison and up to a $10,000 fine. Is that worth the risk on July 4th? Nope, especially since it risks safety.

Salinas Bail Bond Store will, of course, be working on July 4th, as we always do because we work 24/7. We hope to not get any distress calls of needing to bail somebody out of jail because that means somebody’s July 4th celebrations went all wrong. Regardless, we will be here for you if you need us. Chat With Us online or call us at 831-422-8800. Consultations is FREE, so feel free to talk to one of our bail agents and ask them about our zero down bail bonds to see if you qualify. We work quickly to get the bail help you need.