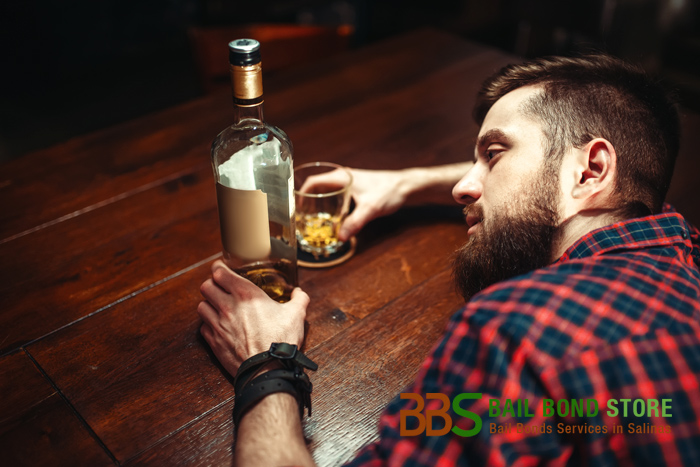 Everyone knows that if you get behind the wheel and drive your car after you’ve had too much to drink that you’ll be arrested and have to deal with some serious legal consequences. What you might not know is that alcohol can get you into trouble even if you don’t plan on driving.

If you’re severely drunk (or under the influence of drugs) while in public, you could be charged with public intoxication in California.

The good news is that the police probably won’t arrest you just because you’ve had one too many and are walking home. However, if you’re the type of person who makes strange choices when you’re drunk, you’re night out could end with you getting locked in a jail cell.

In California, the police can arrest you if you for public intoxication if you’re in public and behaving in a way that could harm either yourself or others. Examples of this include darting into traffic, thinking you can use the side of a bridge as a balance beam, are standing in front of your ex’s place, and shouting.

In many cases, a public intoxication charge is paired with a disturbing the peace or disorderly conduct charges.

Public intoxication in California is a misdemeanor. If you’re convicted, you could be sentenced to six months in a county jail and/or charged up to $1,000 in fines. If you did any damage while you were publicly intoxicated, you’ll have to pay for the damages.

Everyone responds differently to alcohol. If you’re the type of person who handles it well and doesn’t get crazy after a night of drinking you probably don’t have to worry about getting arrested for public intoxication. However, if you do make poor choices after drinking, you should stay at home when you’re drinking or you should make sure you only go out with people who stay level-headed and will get you home before you get into too much trouble.