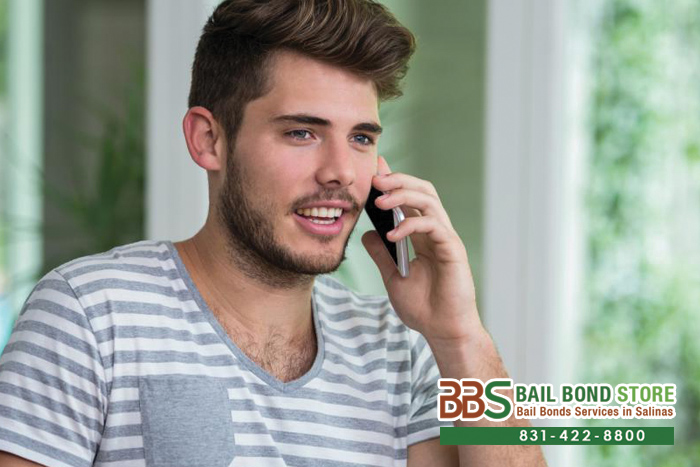 When you learn that your loved one is in jail, do your best not to panic. Panicking, especially in front of them, is only going to make them more scared and worried than they already are. Take a deep breath and then take another one.

It is not entirely up to you to bail your loved one out of jail and get him or her back home. You need to provide as much support and help as possible, but Salinas Bail Bond Store will take care of all the nitty gritty when it comes to bail bond. That is what we do, it is who we are. We will not let you down.

We will work with you and your loved one to figure out an affordable payment plan. The bail bond will cost 10% of the full bail amount, so keep that in mind. We want your finances to be as flexible as possible, so you do not have to struggle. We are understanding and accommodating, so we hope to find the greatest solution possible.

We will get paperwork completed immediately and sent over to the jail for processing. Within a few hours, your loved one will be out of jail. Now it is up to you to go pick him or her up and welcome him or her home.

Get in contact with Salinas Bail Bond Store immediately so you can get the bail bond you need. Do not make your loved one wait in jail any longer. Contact us online or call 831-422-8800. Feel free to ask one of our friendly bail agents about our zero down bail bonds. Consultation is always FREE, so you have nothing to lose. We are open 24 hours a day, 7 days a week.