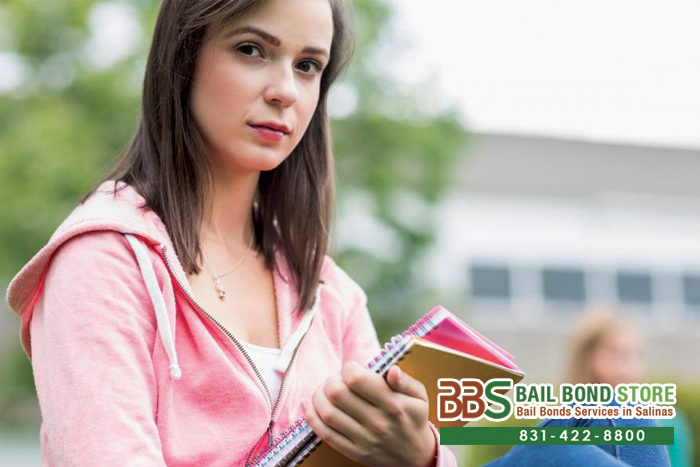 Here is a special message for all college students: do not get yourself arrested. You are probably thinking, “Well obviously,” but in case you do not understand the true scope of the consequences, we are here to give them to you.

Getting arrested means going to jail, being booked, and officially documented. You may have fines to pay for damages, hospital bills, and more. You will have to stand trial. You may end up going to jail. You will have this conviction on your permanent record. Future employers, banks, and landlords might have access to this information. You may be suspended or expelled from your university. Through all of this, you will miss many important moments with friends and family.

Getting arrested can affect you for the rest of your life, but if you contact Salinas Bail Bond Store at the right time, we will make sure that it does not take over the rest of your life. An arrest may be a huge obstacle for you, but it will not be the end of your life. Salinas Bail Bond Store can help bail you out of jail quickly and easily, so you can return home where you will be surrounded by a supportive group of friends and family members. By bailing out of jail, you can better prove to others that your arrest was a mistake. That you will own up to the consequences responsibly and maturely. You are an adult now; your parents cannot take care of this mistake for you.

Learn more about Salinas Bail Bond Store by going online and chatting with one of the professionals, or by calling 831-422-8800. Talk to one of our bail agents about our no collateral needed bail bonds. Consultation is FREE, so you have nothing to lose. We are here to help you save your young adulthood so that you can have a very promising future.