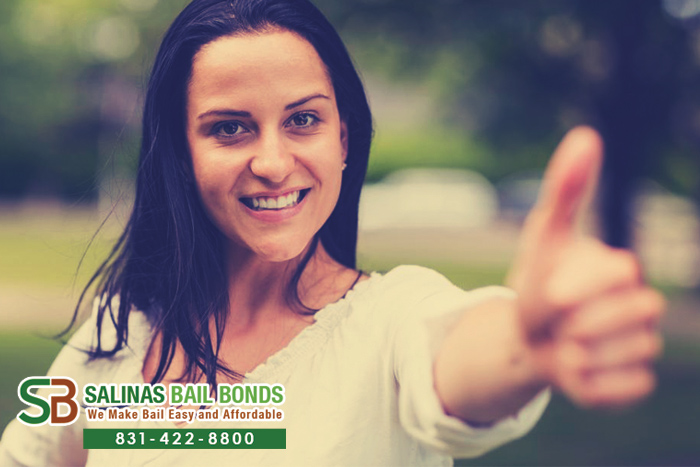 When a friend or family member has been arrested, it can feel like nobody is there for you. A lot of bail bond companies give off the feeling that they only care about how much money they can make from you. Salinas Bail Bond Store is not one of those companies. Our bail agents truly cares about helping you.

Unlike other large bail bond companies, we are a family-owned company. This strengthens our desire to help you bail out your loved one. Our bail bondsmen understand how important your friend or family member is to you and why you have to get him or her bailed out. Our bail agents will do their very best to get you and your loved one reunited in no time.

At Salinas Bail Bond Store, we provide our clients with fast and reliable bail service. Depending on the California county in which your loved one was arrested, we can have him or her out of jail in as little as 2 hours. In some counties, we have bail offices located near the local area jail or courthouse, which helps speed up the bail process.

If you want the best bail service in California, call Salinas Bail Bond Store at 831-422-8800 or click here to CHAT WITH US now.

While our competitors are out to make a quick buck, we are here to help you and your friend or family member. Our competitors will charge you with fees that you did not even know about. We will never surprise you with hidden fees. We even offer 0% interest bonds to make bailing out a loved one more affordable.

Being a large, family-owned bail company allows Salinas Bail Bond Store to provide the best of both types of companies. We have the reach and power of a larger bail company to cover all of California, and yet we have the drive and compassion of a family-owned company. You can count on outstanding bail help from us.