If you have bail-related questions, talk to our bail agents at Salinas Bail Bond Store. No other bail bond companies can take care of you better than we can. 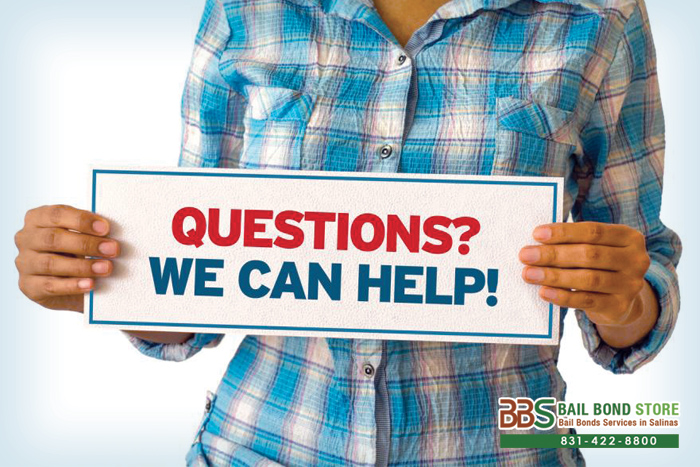 Most people do not understand much about bail bonds or how it works, because they never needed to use it before. A lot of people get to go about their day to day lives without ever once worrying about a friend or family member being arrested. However, even then, thousands of people are arrested in California daily. A great number of people who have no idea how bail bonds work, are suddenly asking questions they hoped they would never need answers to.

If you are one of those people, and you are looking for answers regarding bail or bail bonds, then you have come to the right place. Salinas Bail Bond Store is here to answer some of your questions right now.

These are just a few of the most frequently asked question regarding bail bonds. If you still have other bail-related questions, you can talk to one of the professional and caring bail agents here at Salinas Bail Bond Store. When speaking with them, ask about our no down payment bail bonds and discounts we offer. They have years of knowledge and experience behind them, which they use to better take care of their clients. No other bail bond companies out there can take care of you better than we can.

To speak with a professional bail agent and get your questions answered, call Salinas Bail Bond Store at 831-422-8800 or Chat With Us now.