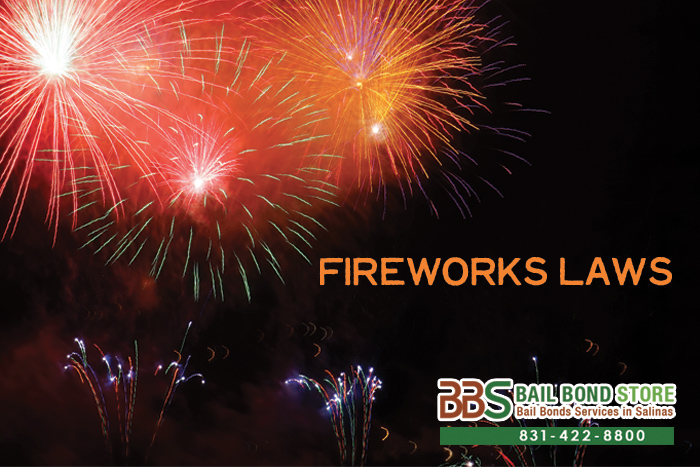 4th of July is close, and we have got all the do’s and don’ts of fireworks for you right here. These are not just safety tips, but actual California laws that you must follow, which are structured around safety.

Violations to any of the above California fireworks laws are generally misdemeanors that carry a fine and up to a year in jail. However, in circumstances where the person is found with over 5,000 pounds of dangerous fireworks, they can face a fine of $5,000 or greater and more than 1 year in jail.

We at Monterey Bail Bond Store want all of you out there to have a safe and enjoyable 4th of July. We do not want to have to bail anyone out of jail because that means something went wrong somewhere. We truly want you all to be safe and have fun. However, if you do need bail bond assistance, we will not hesitate to answer your online chat or call. You can chat with us online or call 831-422-8800. Call and ask about cheap bail bonds we offer. We work 24/7 and we will respond ASAP.

For FREE consultations or if you have any questions regarding bail bonds, call Monterey Bail Bond Store at 831-422-8800 or Chat With Us now.