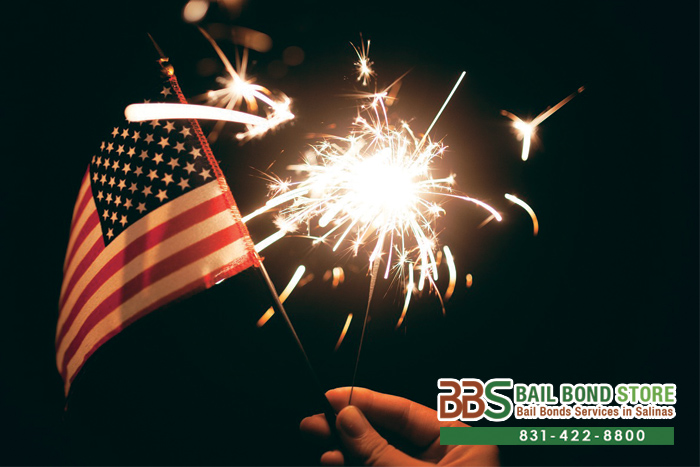 Nothing is different this 4th of July. Most fireworks that you want to set off yourself are still illegal here in California.

The general public, unless you happen to be a pyrotechnic operator, can sell, purchase, and use the “safe and sane” fireworks. Of course, there are strict rules:

Penalties for violating California’s firework laws are typically classified as misdemeanors where the defendant faces up to a year in jail and up to a $1,000 fine. In cases where they are prosecuted as a felony, it would have involved the movement of large quantities of “dangerous” fireworks. In this case, the defendant faces up to 3 years in prison and up to a $50,000 fine.

Knowing this now, you are probably rethinking your desire to play with fireworks. Remember, it ultimately comes down to the safety of yourself and those around you: family, friends, strangers.

Salinas Bail Bond Store has experience in bailing people out of jail for crimes related to fireworks. We hope to not have to do the same for you or one of your loved ones, but if you do happen to get into that situation, call us first. You can reach us online through chat or on the phone by calling 831-422-8800 any time of the day, any day of the week. Consultation with our bail agents is FREE, so call us today and ask about cheap bail bonds we offer. We will work quickly and will not let you down.