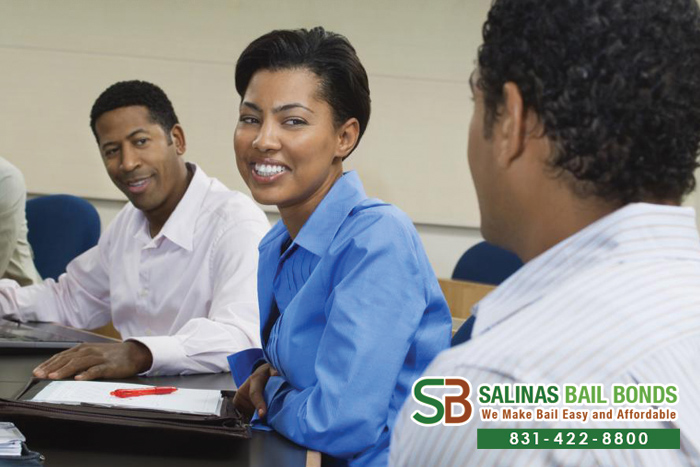 Every year, Salinas Bail Bond Store agents are required to enroll in courses and lectures regarding the bail industry and what is expected of a professional, successful bail agent. Even a 20-year veteran is required to do so. The reason for these annual trainings is to keep Salinas Bail Bond Store agents at the top of their game and at the top of the industry.

In these sessions, agents also learn the best customer service and care. They learn how to connect with each client yet not be invested too personally where it can be harmful for the job and the client-agent relationship. Getting a bail bond is half of the job – the other half is building the trusting, helpful relationship.

Not all companies have their employees do this. Many bail bond agents will only take classes and tests when they have to renew their license. But by this time, the industry has already evolved and advanced, making them behind and thus making getting a bail bond a little more difficult.

But, with yearly training (and sometimes multiple times a year), Salinas Bail Bond Store agents are able to work with many clients at one time and still deliver each a bail bond with their own personalized payment plan in a very efficient and timely manner. Yearly training makes Salinas Bail Bond Store agents the best in the field and the most sought-after.

Contact Salinas Bail Bond Store today at 831-422-8800 and speak with an agent or representative to discuss what you can do and what you need for a bail bond. We are available for you around the clock, 7 days a week and consultation is FREE!