Would You Want To Miss The 4th Of July Celebration? Contact Salinas Bail Bond Store! 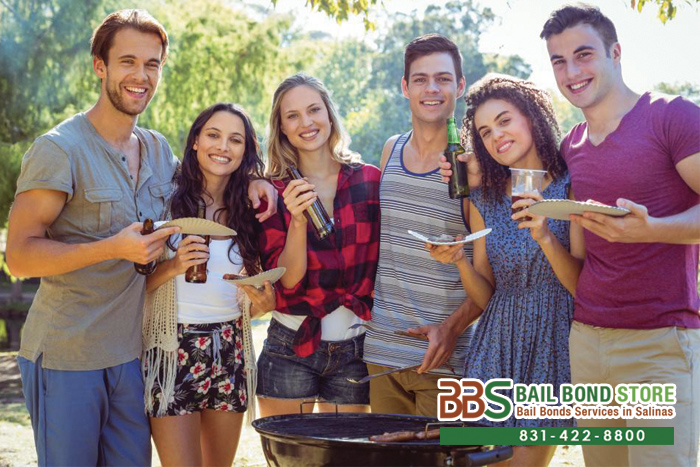 America’s birthday is just a few weeks away, and because it is such a big bash every year, plans get put into motion weeks in advance. There is only one way to celebrate America’s birthday every year, and that is with a bang. Go all out! Wear red, white, and blue, gather your friends, and hit the beach, throw a barbecue, go camping, or go for a weekend trip. You have 3 days to celebrate, 3 straight days to not worry about work or school. However, you have 3 straight days to keep yourself in check or else the police will put you in check.

The police will be setting up more checkpoints than normal all weekend long. They will have more presence on the beaches and around parks. They are on the lookout for people who are too drunk. They will also be looking out for anyone who launches illegal fireworks, so do not even think about it.

The point is not to rain on America’s birthday parade, but instead, make it a safe and enjoyable one for all. Why would America want to celebrate her own birthday by seeing dozens of her party-goers end up in jail because they were drinking and driving or they lit illegal fireworks?

The police and us would like just as much as America to have a festive and fun holiday. However, the police will be on duty, and so will we. If something goes awry during your 4th of July celebration, and someone you know has been arrested, please call Salinas Bail Bond Store immediately at 831-422-8800 or Chat With Us online. Consultation with one of our friendly bail agents is FREE, so call now and ask about our no collateral needed bail bonds. We will move quickly to help you bail your friend or family member out of jail, perhaps just in the nick of time to catch the real fireworks show.