What Can We Say? Everyone Loves Us! 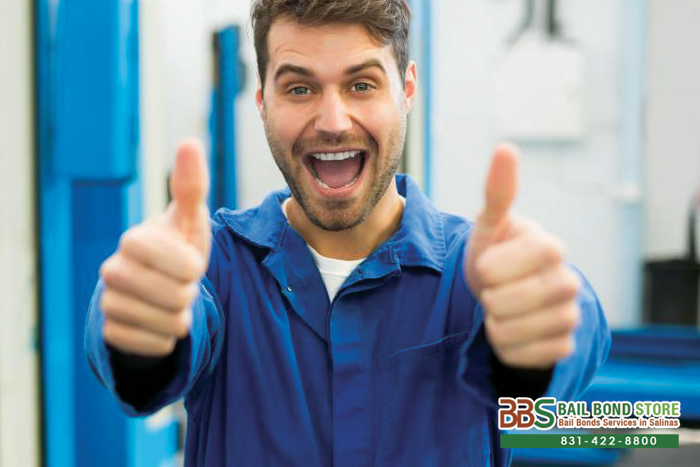 At Salinas Bail Bond Store, we have built ourselves a fine reputation in the bail bond industry and we would be more than happy to help you in your time of need.

We know it can be a little hard to wrap your head around the idea of loving a bail bond company now, but we are sure it will get easier if you just get to know us.

We are Salinas Bail Bond Store, one of California’s most popular and reliable bail bond company. We have been in the industry for almost 30 years, successfully bailing all kinds of people, in all types of situations, out of any California jail. We offer affordable bail bonds with flexible and customizable payment plans to fit each payer’s financial situation. There is 0% interest and no hidden fees. You are promised confidential treatment plus fast, friendly, and responsive bail agents who treat you like one of their own loved ones.

“I don’t think a lot of people would have cared about helping me, knowing they would not get paid, but Becky didn’t mind at all. She was real sincere and took the time to help me out.” – B.K. of Palmdale, CA.

“Salinas Bail Bond Store is the place to come for any bail bonds. They will work with you no matter what the situation is.” – C.G. of Bakersfield, CA.

“Other bail bond companies are all talk and not helpful at all. Seriously, this place is very helpful and they work with the amount of money you have and stuff like that!” – P.K. of Los Angeles, CA.

At Salinas Bail Bond Store, we have built ourselves a fine reputation in the bail bond industry and we would be more than happy to help you in your time of need, if and when that time comes. Of course, consultations are always FREE, so when you are ready, please contact us immediately! We can be reached online and on the phone at 831-422-8800. Speak with one of our friendly bail agents and feel free to ask them any bail-related questions you may have. Ask them about our no down payment bail bonds, they will be more than happy to assist you.