Warnings Against Drinking And Driving 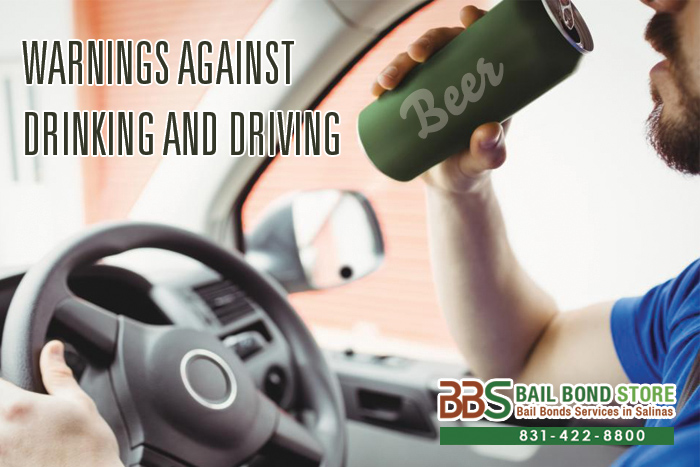 Salinas Bail Bond Store cautions against drinking and driving all the time. With 4th of July just around the corner, we are back to remind you of the dangers and consequences of doing so, and offer much safer alternatives.

The legal BAC limit in California is 0.08%. In general, men have a higher tolerance for alcohol than women, but even if your BAC limit is below the legal limit, it still does not mean it is okay and wise for you to get behind the wheel. You can be drunk and incoherent with a BAC of 0.05%, everyone is different.

You put yourself and others in danger when you drink and drive. Sure you may have done it many times before without getting into an accident or getting caught, but not everyone is invincible. You can be fined, have your license suspended, arrested, all of which will depend on what happened.

This July 4th, and any other time you go out for a drink, do not drive. Do not let your impaired friends or family members drive either. Get a cab, Lyft, Uber, public transportation, a designated driver, or have someone pick you up. Spending $10-15 for a cab ride is much more affordable than spending tens of thousands for bail.

Salinas Bail Bond Store hope that you make the right decision and keep your friends and family members safe. However, if something goes wrong and you, or someone you love, ends up in jail, we will bail them out of jail without hesitation using our no down payment bail bonds. We can be reached online or at 831-422-8800. We will not let you down, but we also hope you will not let your loved ones down either.