The Gift Of Bail Bonds 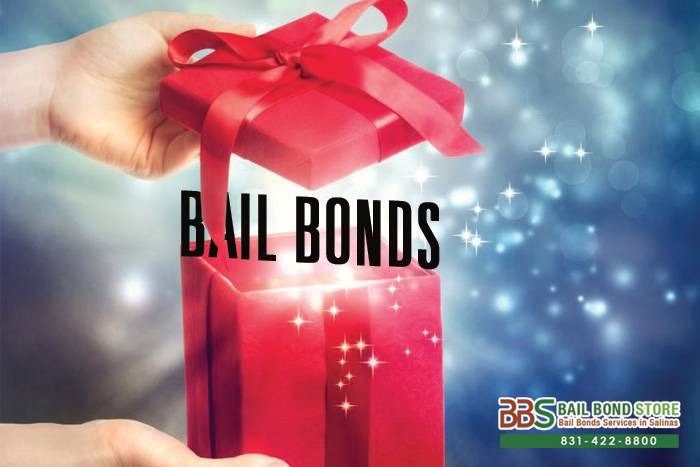 Trying to figure out how to manage your finances during the holiday season is something you hate to do, but know you have to do it. It is the time of year where you are spending more money on gifts and dinners than you usually do. This year is going to be a little different, however, as you have suddenly learned that you are responsible for your loved one’s bail.

Fortunately, there are solutions to help you, and the biggest one is using a bail bond to get your loved one out of jail.

At your loved one’s arraignment hearing, the judge declared your loved one’s bail to be $10,000. This is the amount of money you would have to pay in order to get your loved one released from jail. Keep in mind that the full $10,000 will need to be paid before he or she is released.

A bail bond is an alternative method to paying this $10,000. With a bail bond, you will only be paying 10% of the full bail amount, $1,000 in this case. On top of that, you will have the flexibility to pay this 10% with a payment plan. After the paperwork gets completed and processed, your loved one will be out of jail. Your payment installations will continue after his or her release, so there is less of a waiting time.

You see how using a bail bond to get your loved one out of jail is better than paying the full bail amount? With such flexibility, affordability, and quickness that a bail bond provides, they are the better option for a lot of people? Now you have more of your money to spend on other needs.

Learn more about bail bonds and what to expect by calling Sand City Bail Bond Store at 831-422-8800 or you can Chat With Us online. Consultation with one of our helpful bail agents is FREE, so you have nothing to lose by calling and getting your questions answered. Learn about our cheap bail bonds and discounts we offer. At Sand City Bail Bond Store, you will get the bail help you need and deserve. We promise, we will not let you down.

For affordable bail bonds in California, call Sand City Bail Bond Store at 831-422-8800 or Chat With Us now.