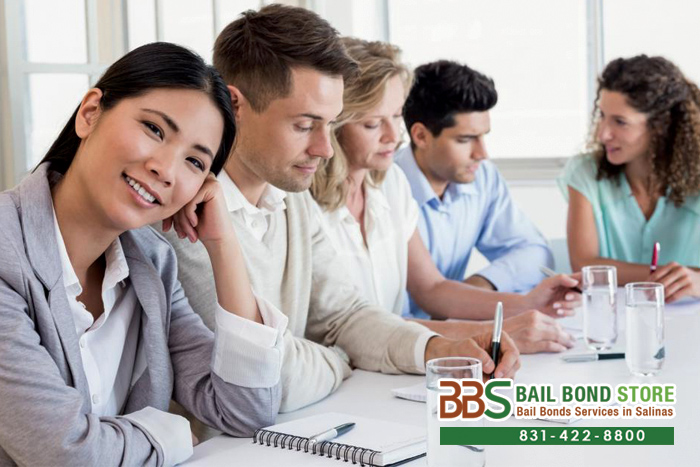 Being a bail bondsman in the bail bond industry where the life and freedom of somebody (who is more than likely a complete stranger putting complete faith and dependence on you) is a serious undertaking. A high school diploma isn’t good enough; neither is 4 years of undergrad let alone a masters or doctorate in science or physical therapy or psychology. It requires a standalone license. And this isn’t a lifetime license either – just like you need to renew a driver’s license every few years, a bail bond license needs to be renewed frequently as well.

Bail agents at Salinas Bail Bond Store, one of California’s premier bail bond company, requires all their agents and representatives to meet industry and company standards and regulations 100%. Bail agents are trained (or retrained) every other year at a minimum. This includes brushing up on “textbook knowledge” like how to interact and speak with clients or not grow too emotionally invested. They review procedures for bail bonds, including new or adapted ones. They anticipate situations so they are properly prepared.

You won’t find bail bondsmen and women in California any better than the ones from Salinas Bail Bond Store. No, they’re not robots there, as much as it might sound like. But every employee of Salinas Bail Bond Store works there because it is a wonderful and helpful atmosphere that the family company has fostered. The company is built around family values, which drives each employee to perform their best and help each client dutifully, as if they were one of the family members themselves.

Speak with a bail agent from Salinas Bail Bond Store today and receive a FREE consultation by calling 831-422-8800 or Chat With us now.