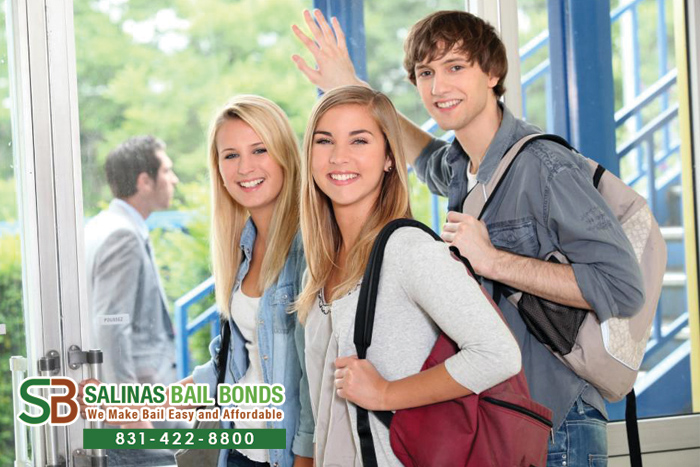 Getting arrested and having to pay for bail in the mix of college life would be an absolute nightmare – both for the person’s reputation, future, and finances. A lot of college students get involved with alcohol and other experimentation that could potentially land them in trouble. It’s nearly impossible to stop it all and make every college student cookie-cutter-perfect, but it’s possible for all college students to be mindful of consequences.

If you are a college student and find yourself in such a predicament, we at Salinas Bail Bond Store can help you afford your bail. Our bail bonds are much more affordable than trying to pay the whole thing on your own, especially if you’re trying to keep your arrest a secret from Mom and Dad. On the flip side, if you are a parent and you are trying to get help to pay your child’s bail, we can still help you out. The point is, Salinas Bail Bond Store offers affordable bail bonds – personalized low-monthly payment plans based around your financial needs.

Of course, it’s best to try and keep yourself from getting arrested in college to begin with, but know that if you are not so fortunate, then Salinas Bail Bond Store will help you. You’ll be fortunate then, to have us help.

You can contact Salinas Bail Bond Store at 831-422-8800 or chat with us online. Consultation is always FREE.