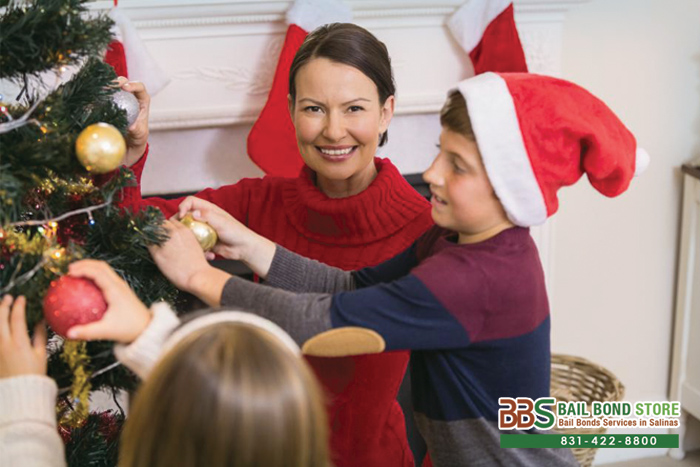 The holiday season is all about hot chocolate, sweets, and family time. The holidays encourage us to spend extra time with our loved ones. These are the happiest, most cherished times. It is such a bummer when people are absent. We understand that when their absence is due to other equally important obligations, such as being with the other side of the family, there is nothing we can do about it. However, when their absence is due to their inability to meet bail requirements, then there is something you can do about it.

Contact Salinas Bail Bond Store for professional bail bond assistance. We do not expect you to pay 100% of the bail amount. Instead, we expect you to work with us to create a payment plan that is catered to your financial situation. We expect you to continue to support your loved one through this tough time, and to reach out to us if you ever you have additional questions or concerns.

Let Salinas Bail Bond Store unify your family this holiday season. We do not want anyone to miss out on the happiest time of the year. Salinas Bail Bond Store may be reached 24/7 both online and at 831-422-8800. Consultation is FREE, so you have nothing to lose just by calling to inquire. Feel free to ask about zero down bail bonds and discounts we offer. One of our helpful bail agents will be more than happy to assist you.