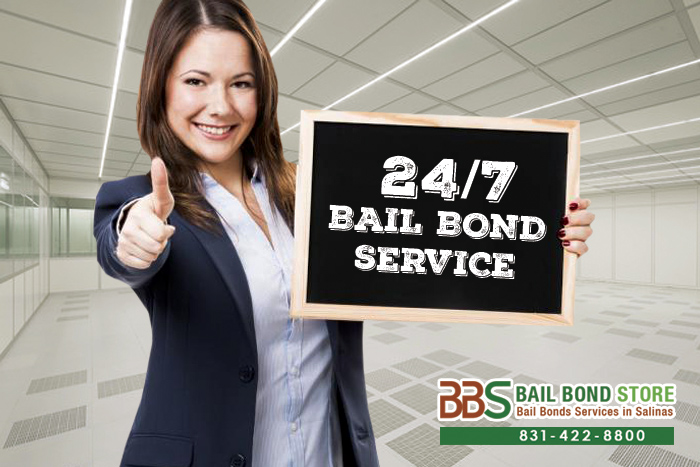 When your best friend gets arrested in the middle of the night without warning, you are going to be one of the first people who he or she calls for help. If you do not want him or her to sit in jail any longer, then you are in need of a bail bonds company who will answer your call at 4 AM. You can call Salinas Bail Bond Store.

Salinas Bail Bond Store is a 24/7 bail bonds company. No matter what time of the day it is, we guarantee that someone on our team will pick up your call or answer your online chat. We promise you will not get an automated message. You are our top priority.

You will need to first make sure that your best friend has been granted bail after standing before the judge for a bail hearing. In most cases, that will not be a problem, unless the crime was very serious.

Salinas Bail Bond Store is a statewide, family-owned company that has been serving California since 1987. Our bail agents have years of experience and training that allows them to help you better than any of our competitors. They can answer any questions you have about bail and they can help you get your friend out of jail quickly.

Contact us online through chat or over the phone by dialing 831-422-8800. Consultation with one of our friendly bail agents is free, so call today and ask them about our zero down bail bonds. We work around the clock, so do not make your friend wait in jail any longer. The sooner you get in touch with us, the sooner we can get him or her out of jail!