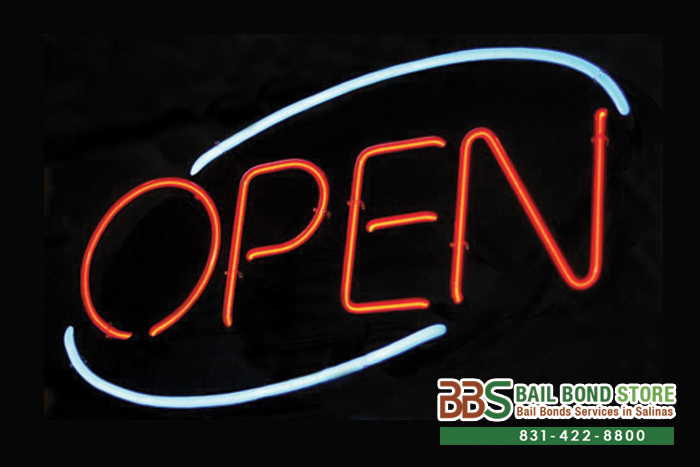 A 3 A.M. phone call from your loved one in jail may be disturbing and troubling to you, but the same phone call to Salinas Bail Bond Store is not disturbing to us. Salinas Bail Bond Store is a 24/7 professional bail bond company that serves all of California. We understand that people are arrested at all hours of the day. Hospitals do not close after 6 PM, and neither do police stations. So, why should we? Arrestees need our bail help at all hours, so we are here to give them that help.

Call Salinas Bail Bond Store at 831-422-8800 at any time and we promise someone on our team will answer your call immediately. Alternatively, you can go online and chat with one of our bail agents. We are well-staffed, well-equipped, and well-prepared to meet your bail bond needs quickly and efficiently.

Our skilled and knowledgeable bail agents will take care of you and help you bail your loved one out of jail quickly. Our bail bondsmen will walk you through the bail bond process and answer any questions you might have regarding bailing out your loved one. You can count on our bail agents to be there for you when you need them most. Feel free to ask our agents about our no down payment bail bonds and see if you qualify.