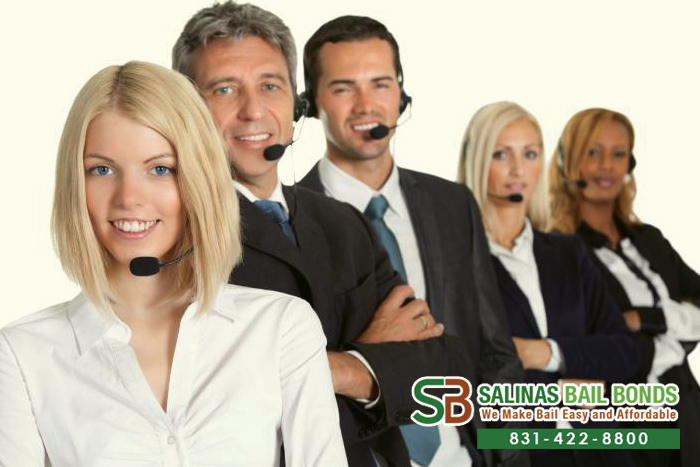 If someone you love and care about has been arrested, you will do whatever you can to help get them out of jail as quickly as you can. No one wants to sit in jail, so do not make someone you care about sit in one. Bail him or her out of jail quickly and easily with help from Seaside Bail Bond Store.

We make sure to keep our bail agents at the top of their game by training and retraining them year after year at Seaside Bail Bond Store. When our bail agents are at their best, our clients receive the best bail bond service they can get in California. No other bail bond company in the state can give you better bail help than we can.

Our competitors claim to give their clients top notch service, but their track record shows otherwise. Many of our competitors have more justified complaints from the California Department of Insurance than they have years of being in business. Companies like these should be avoided, they will not take care of you like we will at Seaside Bail Bond Store.

You can easily get ahold of one of our bail agents at Seaside Bail Bond Store. You can either call, email, chat online or even meet them in one our local offices. Our bail agents are available 24 hours a day, 7 days a week so there will always be someone available to help you. Our phones will always be answered by a real bail agent, never by an electronic receptionist.

As soon as you call, our bail agents can begin helping you get your friend or family member released from jail. We can have your loved one out of jail in as little as two hours depending on the county he or she was arrested in. Be there for your loved one and get him or her out of jail quickly with help from Seaside Bail Bond Store.