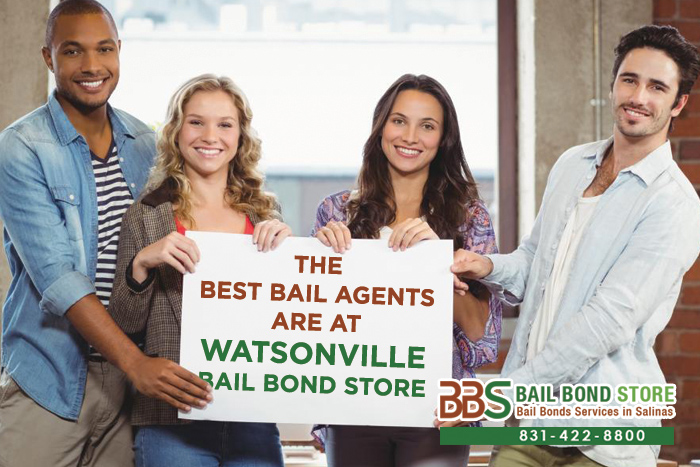 With each passing year, the bail agents at Watsonville Bail Bond Store gain more and more experience. Each year our bail bondsmen work, they gain better knowledge about bail bonds by experiencing it first-hand 365 days a year. On top of this knowledge, our bail agents receive yearly training to add to their vast knowledge and experience.

Watsonville Bail Bond Store has the most professional bail agents in all of California. They treat all of our clients with the dignity and respect that they deserve. They can and will answer your questions about bail bonds and will make bailing your loved one out of jail easy for you. Just give one of our bondsmen the name of the person arrested, his or her birthday, and the name of the county where the arrest took place, one of our bail agent will do the rest of the work for you.

Our highly skilled bail agents are always ready to help. Day or night, you can call Watsonville Bail Bond Store at any time to speak with a real person. We know how annoying electronic receptionists can be so we do not use them. There will always be a bail agent available to help you whenever you need it.

Call Watsonville Bail Bond Store now at 831-422-8800 whenever you need to bail someone out of jail.

Our knowledgeable and friendly bail agents at Watsonville Bail Bond Store work in offices located all over California. Most of our offices are located near local jails or courthouses. This enables our bail bondsmen to bail your loved ones out faster than our competitors. We can have your friend or family member out of jail in as little as 2 hours depending on the county he or she was arrested in. Consultation is always FREE, so call today and ask about our no down payment bail bonds to see if you qualify.

Our bondsmen set to work as soon as call and they will not stop working for you until your loved one has been safely released from jail. No other bail bond company in California is that dedicated to helping its clients like we are. You can count on our reliable bail bondsmen to help you when you need it most.

Get the bail help you deserve by calling Watsonville Bail Bond Store at 831-422-8800 or Chat With Us now.