Jail – Not The Halloween Scare You Are Looking For 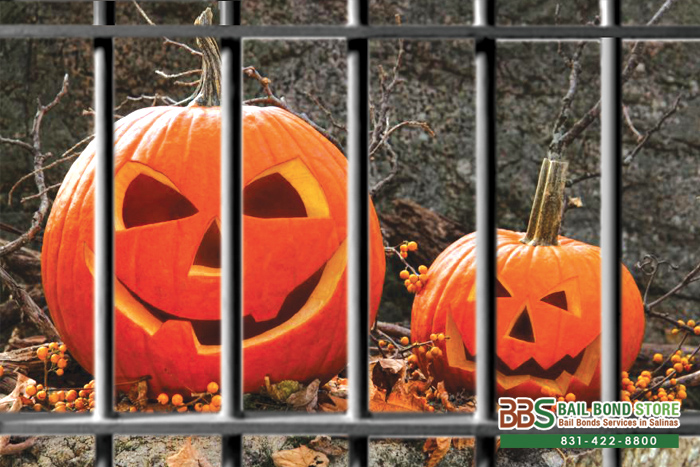 If you are really trying to scare someone this Halloween, getting arrested and thrown in jail will definitely do the trick. It will be cruel, but it will certainly give your friends and family members a scare. One that should be mended as quickly as possible.

Aptos Bail Bond Store can help you or your loved ones get out of jail quickly, within hours of your arraignment. Bail bonds are an easier way of getting defendants released from jail than cash bail because they are set up on a payment system. That means that payments are split up and spread out over months. The defendant is released from jail as soon as the paperwork is signed; he or she does not have to wait until the final payment has been made. However, for cash bail, 100% of the bail amount needs to be paid before the defendant can be released. Did we mention that in total, a bail bond costs 90% less than cash bail?

Get yourself, or your loved one, home in time for the real Halloween trickery and fun. Call Aptos Bail Bond Store at 831-422-8800 or Chat With Us online. Get your FREE consultation with one of our friendly bail agents and get all your bail-related questions answered. Ask about our zero down bail bonds and discounts we offer. We are open 24/7 and ready to help you.