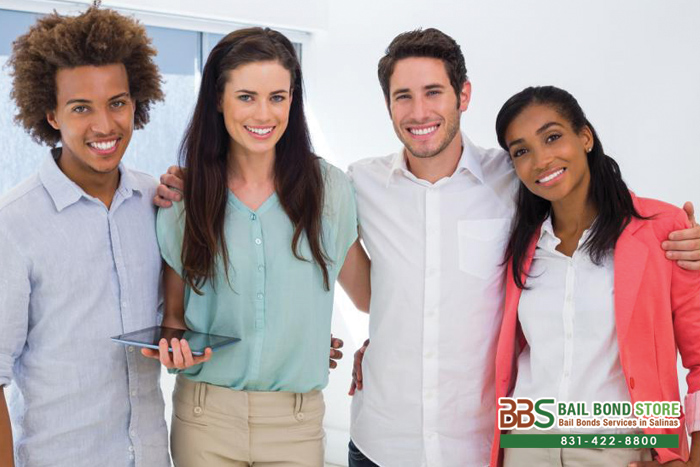 If it helps at all, you are not the only person to feel confused when a loved one gets arrested. We mean you are not the only person to have no idea what to do when you get the call saying that your loved one is in jail. It is not like they teach you this kind of stuff in school. It is not your job or responsibility to know this stuff. That is our job at Salinas Bail Bond Store. Now that you are in need of a bail bond, it is also our job to teach you the bail bond process and what to expect.

For a general overview, just know that we are going to need some basic information like the defendant’s name, birthday, where he or she is being held, and contact information. We will fill out and file paperwork for the bail bond and transfer this to the jail. The jail will process the paperwork and release your loved one back to you. You or someone in your party will be responsible for meeting all of the bail bond payment deadlines on time. In addition, the defendant will need to appear at all court dates. If all of this is done, then everything should go smoothly without issue. However, if something goes wrong, the defendant may be rearrested and the bail bond will be revoked.

That is the basic understanding of the process, but we can get into deeper detail if you contact us directly online or at 831-422-8800. Consultation is FREE with one of our friendly bail agents, so call now and ask about cheap bail bonds we offer. They are always available and ready to assist you 24 hours a day, 7 days a week.

Salinas Bail Bond Store is here to help you with your bail bond needs. We will make sure you understand everything there is to know.