Important Things To Know When Getting A Bail Bond 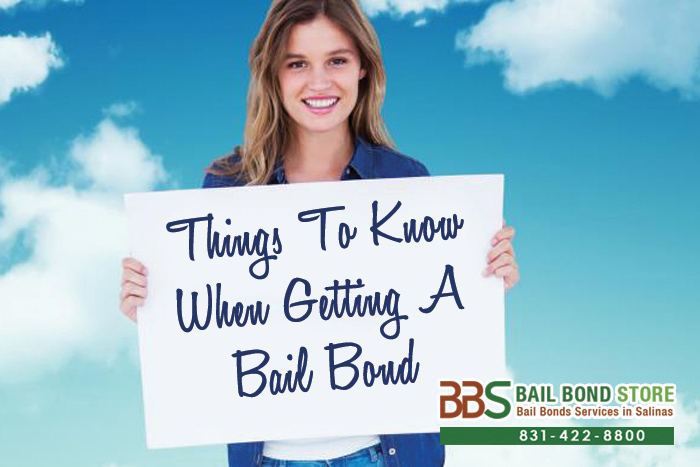 Applying for a bail bond is a fast and easy process, but there is little room for error. We at Salinas Bail Bond Store have been successfully bailing individuals out of jail for nearly 30 years, and we will definitely help you too. However, we need you to make sure everything goes smoothly.

Bailing your loved one out of jail is easy with Salinas Bail Bond Store, the California company known for being professional, for having friendly bail agents, and most importantly, having satisfied clientele. Our bail agents will walk you through the bail bond process and answer all of your questions.

Get in touch with Salinas Bail Bond Store now by Chatting With Us online or by calling 831-422-8800. Consultation with one of our helpful bail agents is always FREE, so call now and ask about our no collateral needed bail bonds to see if you qualify. We are open 24/7 for your convenience. Let us help you, we promise we will not let you down.