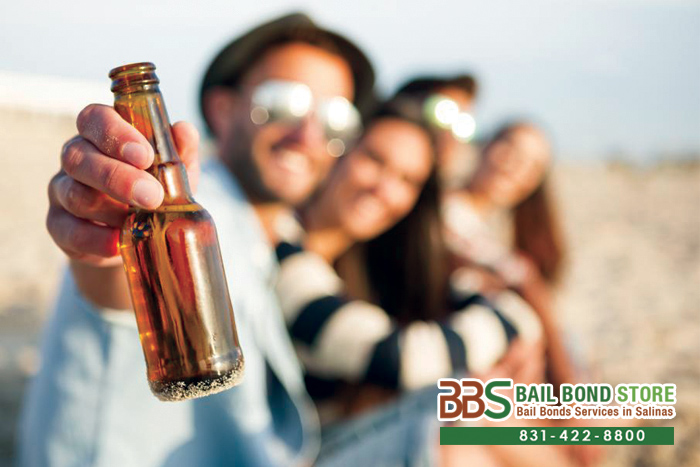 Summer is in full swing and we can tell you all are having the times of your lives. For some, however, they may be having a little too much fun. We seem to be bailing numerous individuals out of jail for having too much alcohol, then getting arrested because their actions while inebriated were not the best.

Salinas Bail Bond Store cautions against over-drinking, and especially drinking and driving. Drinking alcohol impairs judgment, and the more that is consumed, the worse your judgment gets. Some people wind up in fights, others go home with the wrong person, and many unfortunately drive while intoxicated.

Sipping on beers, wines, spirits, and cocktails is perfectly fine, provided those who are drinking, are aware of their intake and their limits. The last thing anyone wants is for someone to get severely injured or for someone to be arrested. Some possible solutions to prevent this are cutting back on the drinks, designating a sober driver, taking Uber or Lyft, and you and your friends watching out for each other.

Salinas Bail Bond Store is all too familiar with bailing these types of people out of jail, but honestly we are more than happy to do so because we see that they now understand the responsibilities and consequences they face. We will not hesitate to help you or your loved ones now or in the future.

For bail bond questions and consultations, please contact us online or at 831-422-8800. Consultation with one of our knowledgeable bail agents is always FREE, so call us today and ask about our no collateral needed bail bonds. We do everything we can to make bail easy and affordable for all. Call us today!