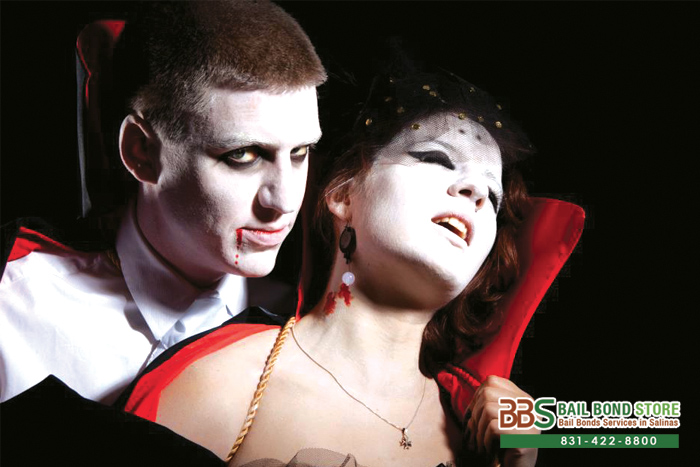 Every Halloween you and your boyfriend or girlfriend dress up in coordinating costumes: Mickey and Minnie, mustard and ketchup, etc. This year is going to be no different and you have already begun working on your DIY costumes.

Then unexpectedly, they are arrested one night. They are sitting in jail, and you are sitting at home frantically trying to figure out what is next and how you can afford to pay their bail.

It is quite alright if you two can’t come to that solution yourself – paying for cash bail is incredibly expensive and the fact of the matter is, most people cannot pay that so easily.

That’s where Salinas Bail Bond Store steps in to help mediate the stress, by offering a bail bond, an alternative to cash bail, but serves the same purpose. You will be set up on a customized payment plan and collectively, you would only be paying 10% of the full bail amount. You will need to fill out proper paperwork but if all is cleared, your loved one can be out of jail as soon as the paperwork is processed. You will need to be affirmative and make sure your loved one gets to court for all of his or her hearings, but otherwise, it really is as simple as that.

There may or may not be additional conditions attached to the bail bond and the release, but the main condition is for you to offer love and support to your loved one during this time. Keep an eye on them and make sure he or she is thinking straight. Spend more time with them. Have some fun too, and stick to your Halloween plan!

Mario, don’t let your Princess Peach miss Halloween this year – contact Salinas Bail Bond Store immediately! Find us online to chat, or dial 831-422-8800. Get your FREE consultation by talking to one of our friendly bail agents. Ask about cheap bail bonds and discounts we offer, along with your other bail-related questions. They will be more than happy to assist you. Salinas Bail Bond Store is always available and ready to assist you 24/7, so feel free to call us anytime!