Do You Know The Difference Between Bail And Bail Bond? 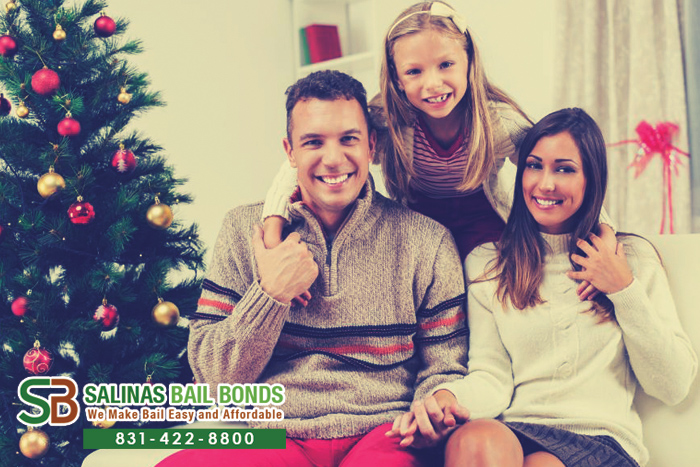 Don’t even think about what the holidays might be like for your recently-arrested loved one – bail them out of jail as soon as you possibly can. Now more than ever is family time and support more crucial. This holiday season will mean more to you all than years past.

The fastest AND most affordable way to bailing your loved one out of jail this holiday season (we know you have spent a ton of money on gifts and vacation already) is by applying for a bail bond issued by Salinas Bail Bond Store. What is a bail bond, you ask?

The first option to bailing out of jail is to pay the court directly. If the court sets bail at $15,000, the defendant and/or someone on their behalf will have to pay $15,000 to the court. All of this must be paid in order for the jail to release the defendant. This $15,000 is refundable as long as the defendant shows up for court.

The second option (as we mentioned being faster and more affordable) is to use a bail bond through a bail bond company. The bail bond company will charge (a non-refundable) 10-15% of the bail amount that will be paid off over period of time you two agree upon. There is no interest and no hidden fees with Salinas Bail Bond Store and we work with you to come up with monthly payments that fits your budget, so that means you can actually afford to bail your loved one out of jail. Still, your loved one will need to show up for all court appointments, or there will be consequences.

While the payment for a bail bond is non-refundable, it is still the most commonly-used alternative to paying for bail. The charge becomes priceless to families when they are reunited and no one has ever regretted using bail bonds from Salinas Bail Bond Store.

Let Salinas Bail Bond Store cheer up your holiday spirit – call us at 831-422-8800 or chat with us online and get a bail bond. Together we can re-instill some holiday hope within your family.

Call Salinas Bail Bond Store at 831-422-8800 now to get your FREE consultation. You can also click here to CHAT WITH US.