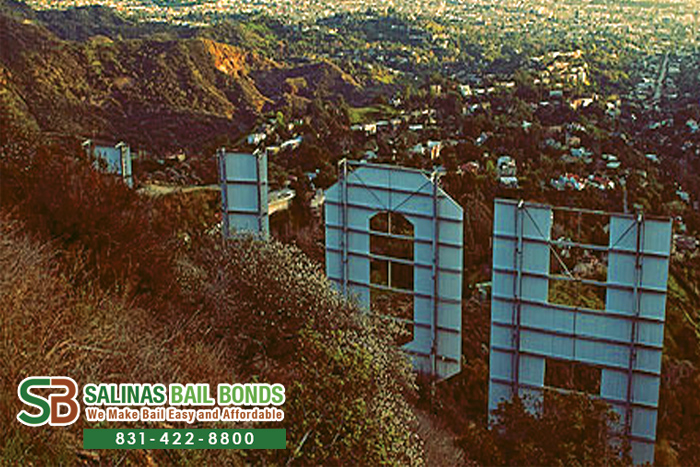 If you’ve seen the movie Friends With Benefits (2011) starring Justin Timberlake and Mila Kunis, you know that in the film, the two hike to the famed Hollywood sign, trespass and sit on it. They’re soon interrupted by the police.

The same will happen to you if you do this in real life. The Hollywood Sign is actually fenced off. You can hike to some spots below the sign or a spot behind it, but not directly to it. Trespassing is a crime.

If you are caught trespassing (not just to the Hollywood sign, but anywhere) you may be arrested, unless the officer(s) are kind enough let you go with a warning.

If charged as an infraction, you would have a fine to pay.

If charged as a misdemeanor (the most common tier for California trespass cases), you face up to 6 months in county jail and/or a fine of up to $1,000.

If charged as a felony, you face a longer jail or prison term. Felony charges for trespassing are generally aggravated trespassing.

We know you desperately want to get onto the Hollywood sign for a very cool Instagram shot or to say that you’ve sat there where celebs have too, but don’t do it. Don’t even think about it. There’s a security guard up there anyway.

If you are ever arrested for trespassing, we at Salinas Bail Bond Store can help with your bail costs by providing you with an affordable bail bond. Call and speak with one of our helpful bail agents for more information.

Call Salinas Bail Bond Store at 831-422-8800 now to get your FREE consultation or click here to CHAT WITH US.