Call Salinas Bail Bond Store If You Get Arrested 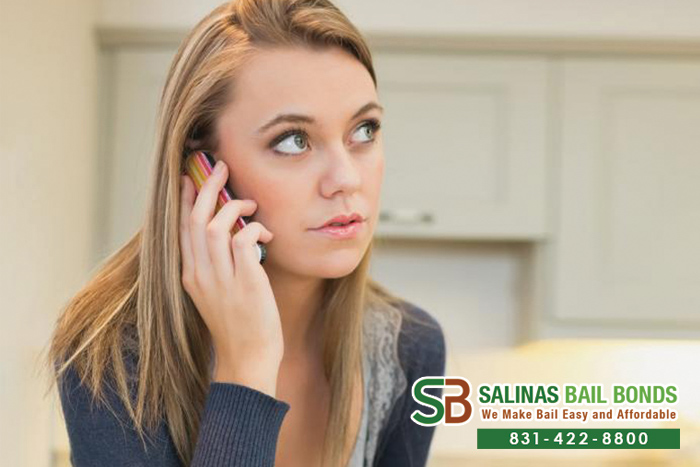 Everyone likes to go out and have some fun, and on most nights it is perfectly fine. Every once and a while however, things can take a turn for the worse. Maybe you partied a little too hard or had too much to drink, either way you have found yourself sitting behind bars. You want out, but you do not know how to get out.

The best thing to do is to call a friend or family member that you can rely on to get you out of jail, and make sure to tell them to call Salinas Bail Bond Store for bail help. Every day in California, thousands of people are arrested and we help hundreds of clients bail out the important people in their lives.

Your friends or family members can count on our reliable bail agents to help them bail you out of jail. Our bail agents work in offices all over the state of California and are available 24 hours a day, 7 days a week. No matter where or when you get arrested, our bail agents will be there to offer you a helping hand.

Have your friend or family member get the bail process started by calling Salinas Bail Bond Store at 831-422-8800 or click here to CHAT WITH US now.

To get the bail bond process started, all your friend or family member has to do is give us your name, birthday and the county where you were arrested. With this information, our bail agents will be able to locate you in the system and gather the rest of your information for the bail paperwork.