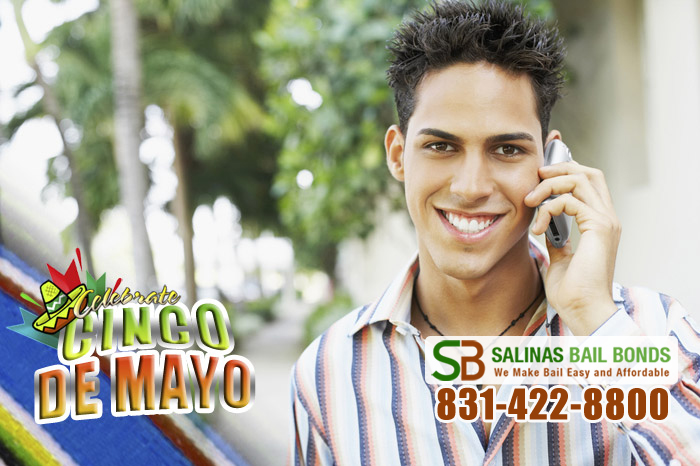 Not that responsible drinking isn’t important any other day, but we would like to share our occasional reminder to do so for Cinco de Mayo. For a holiday that has developed into a drinking tradition, Cinco de Mayo is a full day of fun festivities.

By now you should know your limits of intoxication, but even if you are not drunk, the best choice you might make on Cinco de Mayo is calling a taxi or having a sober pal drive you. Drivers not only need to be aware of their own driving, but they also need to be cautious of the drivers near them – maybe the white Sedan a couple cars ahead of you is driven by a drunk person. Fall back a little. Don’t get near them.

Every year we see a high number of DUI-related arrests. While this number has dropped over the decades, we still believe we can do more to continue to lower that number, starting with you! Don’t let your Cinco de Mayo end in jail.

However, if something goes wrong and you end up needing a bail agent, please give us, Salinas Bail Bond Store, a call at 831-422-8800. We will make sure that you are released as quickly as possible.