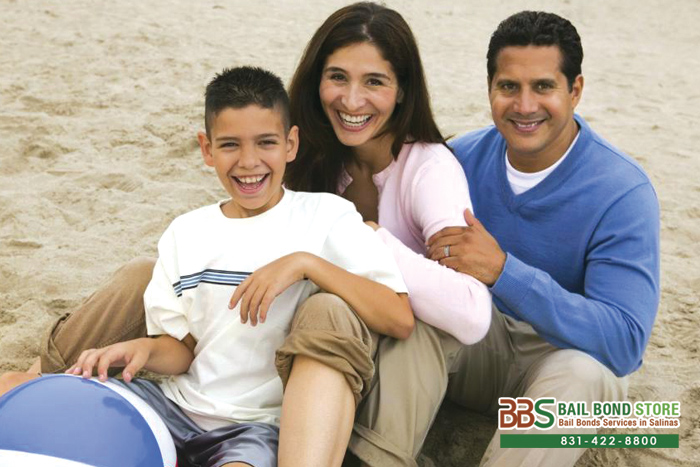 Salinas Bail Bond Store will help bail your loved one out and we will be with you for each step of the bail process. We are here for all your bail bond needs.

It is so easy for loved ones to encounter argument after argument, disagreement after disagreement, when one of the pack is arrested. However, this is not the time for that. As much as possible, avoid arguments and disagreements, and instead find the opportunities to band together and show a more united and supportive front than ever before. Would you be so surprised at how one person’s arrest can have the power to bring everyone closer together, possibly even friends and family who are nearly estranged?

Learning that a loved one is arrested leaves a heavy and disheartening feeling like no other. They let you down, but maybe you feel you let them down. You do not know what he or she is thinking as he or she sits in jail. You are trying to figure out how you can help and really make a difference for your loved one.

Well, that difference is found when you and all others come together to rally support for your troubled one. You each have a different piece of the puzzle, and together, it will show the whole picture. Together, you all will get through this difficult time.

The first, and perhaps one of the most important steps, is to contact Salinas Bail Bond Store. We will help bail your loved one out of jail and we will be there with you for each step of the bail bond process. It is a very simple and straight-forward process that you will find incredibly affordable and very ideal. Chat with a professional about your case today. We have an online chat portal or you can call us at 831-422-8800.

Consultation is always FREE and we are always available and ready to help you 24 hours a day, 7 days a week. Call now and speak with one of our friendly and knowledgeable bail agents. They will be more than glad to answer all your bail bond questions. Feel free to ask about our zero down bail bonds as well. Salinas Bail Bond Store is here for all your bail bond needs.