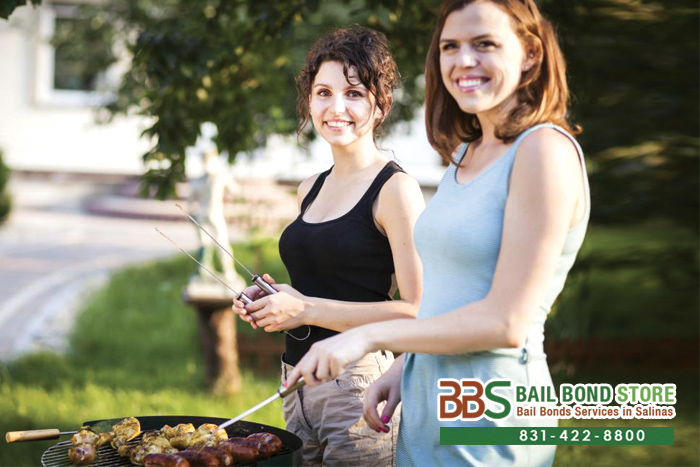 Everyone loves a good barbecue party, and no one likes disastrous aftermath. To avoid the latter from happening, please review the most current barbecuing codes and laws for your area. Codes and laws may differ from city-to-city or county-to-county. Here are some things you might want to consider:

You need to be careful of the proximity of your grill to other things that could potentially catch fire and even explode; you should also have a fire extinguisher on hand just in case. You will also need to be aware of any young children who may be present at the barbecue and make sure they do not get too close to the fire. One more tip: it would be helpful if multiple people knew how to operate the barbecue and how to use the fire extinguisher.

Why are we, Salinas Bail Bond Store, talking about barbecuing and safety tips? Because we have bailed people out of jail for mishandling their barbecue. Most often they are accused of negligence or even child endangerment in the more extreme cases. We do not want this to be you, so we hope you take this seriously. However, accidents do happen. If someone you are with is arrested, we will bail them out of jail too.

Salinas Bail Bond Store is a statewide, family-owned bail bond company that has been serving California since 1987. We are one of the largest and most trusted bail bond company in the entire state. No matter when or where in California your loved one was arrested, we will help you bail the people you care about out of any jail quickly and at a price you can afford. We can be reached online or on the phone at 831-422-8800. Call us today and ask about our no down payment bail bonds. Consultation is FREE, so you have nothing to lose.