A Brief History Of Bail In The United States

A Brief History Of Bail In The United States 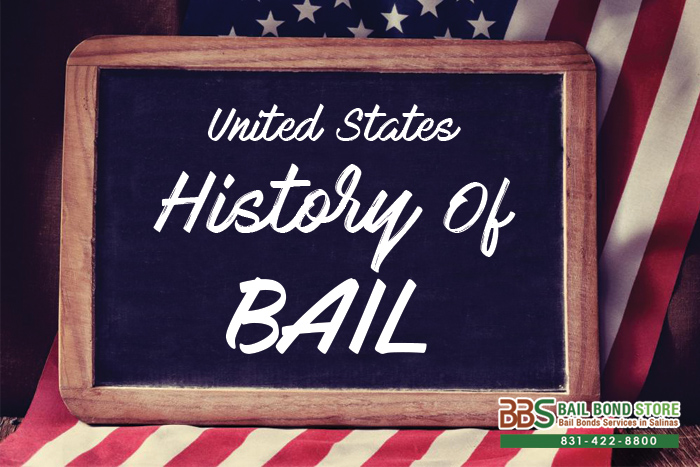 That question is one of the things that helped lead to bail’s creation in the first place. Bail allows someone to pay to get out of jail during his or her trial. The defendants promises to return for all of his or her court dates and knows that if he or she misses an appointment, he or she will be taken back into custody and the bail will be claimed by the court. However, if the defendant does go to all court appointments, his or her money will be returned regardless of the verdict.

In early America, colonial bail laws were based on English bail laws. This changed in 1776 with the signing of the Declaration of Independence. After this, each colony created its own set of bail laws.

When the United States Bill of Rights was introduced in 1789, it included the 8th Amendment which stated that bail should never be excessive. This means that bail cannot purposely be set too high for an individual in an attempt to prevent him or her from bailing out of jail.

It was not until the Bail Reform Act of 1966 where defendants were given a right to bail. This Act came about because, while the 8th Amendment protected defendants from excessive bail, it did not guarantee them bail. This Act also required judges to consider the defendant’s family and community ties, employment history, and past record of court appearances.

Bailing out of jail not only help prevent someone from being punished for a crime before he or she has been found guilty, it also helps that person to work on his or her case as well as continue to live his or her life. While out on bail, a defendant is able to meet with his or her lawyer and continue to earn money through work. This enables the defendant to keep his or her life together during the trial process.

Unfortunately, bail can be extremely expensive nowadays. That is why there are bail bond companies like Salinas Bail Bond Store. We help our clients get out of jail with a bail bond, which costs only 10% of the bail it is based on. By doing this, we make bailing a loved one out of jail an affordable option.

If you ever need a bail bond for yourself or a loved one, contact Salinas Bail Bond Store for real bail help you can trust. We are open 24 hours a day, 7 days a week (including holidays) and we offer FREE consultation, so don’t hesitate to talk to one of our friendly bail agents to get your bail-related questions answered. Don’t forget to ask about our zero down bail bonds and discounts we offer. They will be more than happy to assist you.