A Bail Bond: The Best Gift You Can Give This Holiday Season 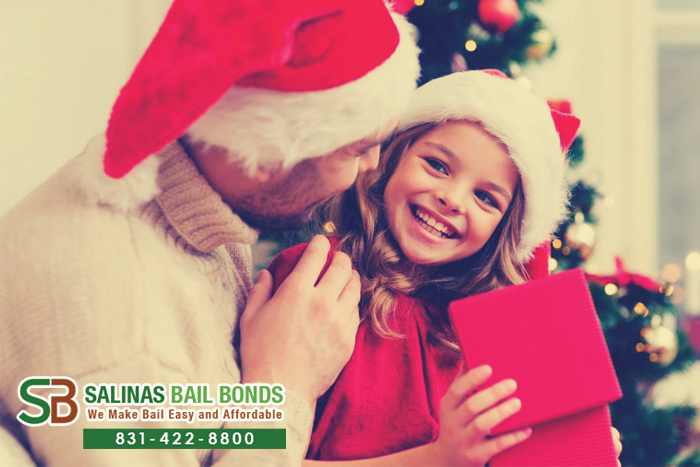 For kids, the best Christmas gifts are toys and clothes. For adults, the best gifts are simply spending time with family. There may be a literal price for this to happen (airline tickets, etc.), but in the end, it truly feels priceless.

Having to pay for a loved one’s bail bond is just the same. Even though it stems from a more tense situation, the resulting quality time is more cherished and you’ll feel like you never spent a dime. (We’d really like to say this type of thing stems from a “stressful” situation but let’s face it, everyone feels like their family stresses them out all the time, haha!)

Having monthly dues on a bail bond to a bail bond company like Salinas Bail Bond Store is much more affordable than having to bail the full bail amount to court. Monthly dues for a bail bond would sum up to only 10-15% of the full bail amount and even though this 10-15% is not refundable at the end of the process (if you bail 100% of the bail to court, that is refundable), it’s still a much more affordable, ideal and used method.

If you need help getting a loved one of yours out of jail this holiday season, Salinas Bail Bond Store can help you do that, fast. We love helping families reunite.

Call Salinas Bail Bond Store at 831-422-8800 and get your FREE consultation. You can also click here to CHAT WITH US.